YouTube has terminated the German channels of Russian state broadcaster RT, a move centred on alleged misinformation related to the coronavirus pandemic.

The US-headquartered video-sharing platform told German media on Tuesday that it had warned RT for violating its guidelines and then shuttered two channels for breaching user terms.

The company, which is owned by Google, told The Associated Press in an email on Wednesday that RT DE had received a “strike” for uploading material that violated YouTube’s standards on COVID-19 misinformation, and as a consequence was suspended from uploading new videos to its channel.

“During this suspension, RT DE tried to circumvent this restriction by using another YouTube channel to upload its videos,” which resulted in both channels being shut for violating YouTube’s conditions of use, it said.

German security services have said they consider RT’s German service to be a propaganda arm of the Russian state.

“I’m looking forward to my native state banning Deutsche Welle and other German media in Russia without delay, as well as close the offices of ARD and ZDF,” Simonyan said, referring to Germany’s main public television stations. “Not to mention sanctions on YouTube.”

But Berlin denied any involvement in the incident.

Moscow denounced YouTube’s decision as a breach of Russian law and censorship.

“There are signs that the laws of the Russian Federation have been violated – and violated very grossly. This is associated with censorship and with obstruction to the dissemination of information in the media,” Kremlin spokesman Dmitry Peskov told reporters.

He said that Russian law should apply in this case as the two channels – RT DE and Der Fehlende Part – are subsidiaries of a Russian company, despite operating in Germany.

“We should not rule out the possibility of taking measures to force this platform to comply with our laws,” Peskov said. “There must be zero tolerance for such violations.”

The Russian Foreign Ministry said it would ask relevant government bodies to work up retaliatory measures against German media and YouTube, adding that such a response was “not only appropriate, but also necessary”.

Russia’s state communications watchdog, Roskomnadzor, demanded that Google restore access to RT’s YouTube channels and threatened the platform with fines and a ban if it failed to do so.

RT, previously known as Russia Today, provides its German offering online but so far has not been able to get a licence to broadcast in Germany via a terrestrial or satellite signal.

Last month, Luxembourg rejected an application by RT for a licence to distribute its German-language service via satellite.

Authorities in the country concluded that Luxembourg was not the right jurisdiction to rule on the request because RT’s German service is based in Berlin and a significant part of its workforce is in Germany. 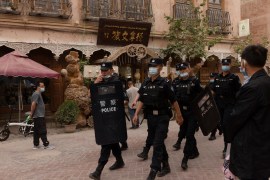 A Kazakh activist says YouTube took down videos from his channel forcing him to move its videos to little-known service. 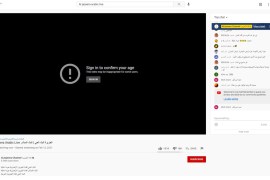 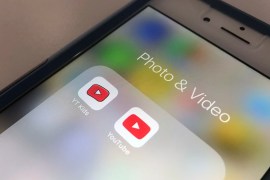 The investigation comes a year into a pandemic that has closed schools and left some parents relying on screen time.