Several UK petrol stations have closed as a shortage of truck drivers stretches some of the country’s vital supply chains close to breaking point.

British oil giant BP temporarily closed some of its 1,200 UK petrol stations on Friday due to a lack of unleaded and diesel grades, which it blamed on driver shortages.

ExxonMobil’s Esso said a small number of its 200 Tesco Alliance retail sites had also been affected.

Queues formed at some petrol stations in London and the southern English county of Kent on Friday as motorists rushed to fill up, Reuters news agency reported.

But Transport Secretary Grant Shapps insisted there was no fuel shortage, saying the government was taking steps to recruit more drivers.

“The advice would be to carry on as normal,” he told UK broadcaster Sky News, after other officials warned the public against panic-buying.

Just as the world’s fifth-largest economy emerges from the COVID-19 pandemic, the post-Brexit shortage of truck drivers and a spike in European natural gas prices has left the UK grappling with the grim prospect of a potential food supply crunch and soaring energy bills.

The British haulage industry says it needs about 100,000 more drivers after 25,000 returned to Europe before the UK exited the European Union and the pandemic halted the qualification process for new workers.

For months, supermarkets and farmers have raised the alarm, saying it has been getting harder to get goods to market.

With the industry now raising the spectre of Christmas shortages of turkeys and toys, the government is scrambling to attract more people into truck driving, long viewed as an underpaid and under-appreciated job.

Shapps, who denied the shortage was due to Brexit, said the UK was doubling the number of tests available to become a truck driver. Britain was unable to test 40,000 drivers during its COVID-19 lockdowns, with the pandemic forcing the exams to be cancelled.

He told Sky News the government would “move heaven and earth” to address the shortages, including easing visa rules and deploying the army to deliver fuel.

But hauliers and logistics companies cautioned that there were no quick fixes and warned that amending the testing or visa processes would likely be too late to alleviate pre-Christmas shortages, as retailers stockpile months ahead.

The trucking industry body, the Road Haulage Association (RHA), has called on the government to allow short-term visas for international drivers to enter the UK and fill the supply gap while British drivers are being trained.

Mckenzie said while international drivers could help in the short term, the industry needs to provide better pay and conditions

“It’s a tough job. We the British do not help truckers in the way that Europeans and Americans do by giving them decent facilities,” he said. 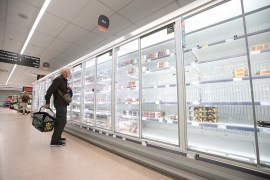 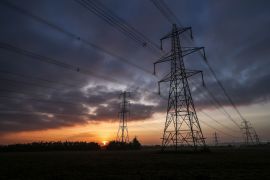 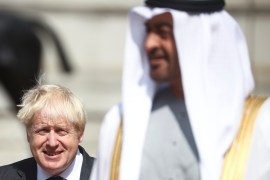