Twelve people died and 4,400 fell sick in southern Democratic Republic of the Congo (DRC) following a tailings leak from the Catoca diamond mine in Angola in July, the DRC’s environment minister has said.

After a visit to Kasai province, where the Tshikapa River turned red and many fish died, Eve Bazaiba also said on Thursday that the DRC would ask for reparations for the damage caused but could not yet say how much it would request.

The DRC will seek reparations in line with the “polluter pays” principle, Bazaiba said.

She did not specify how exactly the 12 people died.

Kasai provincial Governor Dieudonne Pieme banned people from drinking water and eating fish from the Tshikapa River after the spill, which he said significantly depleted the river’s fish population.

Sociedade Mineira de Catoca, which manages the mine that produces 75 percent of Angola’s diamonds, did not immediately respond to a request for comment on the deaths, the Reuters news agency reported.

The company previously said it immediately took measures to minimise the flow of sediment into rivers and that it donated food baskets to affected communities to mitigate the impact of the spill. 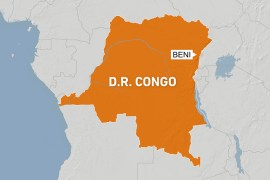 The deadly attack happened in Kasanzi village in the Beni territory of North Kivu province, a local chief said. 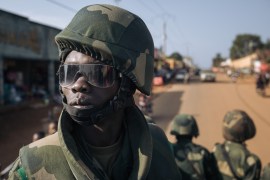 How is a ‘state of siege’ changing eastern DR Congo? 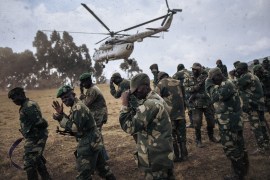 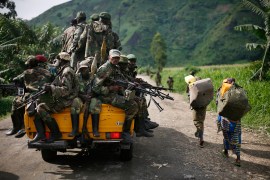