A United States Food and Drug Administration (FDA) advisory panel has given approval to a booster jab of the Pfizer COVID-19 vaccine for people over the age of 65 and others at high risk of the disease.

But the influential FDA panel of scientists on Friday rejected widespread delivery of boosters to most Americans, delivering a surprise blow to the Biden administration’s plan to combat the highly contagious Delta variant by rolling out third jabs of the vaccine next week.

Members of the FDA’s panel of outside experts voted unanimously to support boosters for older Americans and at-risk people after rejecting Pfizer’s proposal to provide boosters of the vaccine to the general public.

The FDA’s move to clear the way for booster jabs only for older and at-risk people came as President Joe Biden planned to host a COVID-19 summit on the sidelines of the United Nations General Assembly in New York next week.

The US has been pushing partner nations to increase the availability of vaccines worldwide. The World Health Organization has urged the US to hold off providing boosters to its citizens until more of the worldwide population has received an initial inoculation.

“We will be asking participants to commit to a higher level of ambition” on a “common vision for defeating COVID-19 together”, White press secretary Jen Psaki said in a statement.

During several hours of discussion, the FDA panel of scientific advisers voiced frustration that Pfizer had provided little data on the safety of extra doses. And they complained information provided by Israeli researchers about their booster campaign was not useful for predicting the US experience.

Pfizer Inc and its German partner BioNTech, as well as rival vaccine maker Moderna Inc, have presented analyses of clinical trials showing that the effectiveness of the vaccines wanes over time.

As a result, people who were vaccinated earlier on in the pandemic are now more vulnerable to infections, particularly in the face of the fast-spreading Delta variant of coronavirus.

Booster doses help restore the waning levels of antibodies produced by the original inoculation, the drugmakers have said.

Top FDA members have been split on the necessity of the boosters, with interim head Janet Woodcock backing them but some of the agency’s top scientists arguing they are not needed yet.

Members of the advisory panel said the Pfizer and the FDA request for approval for people as young as 16 years old is too broad. Most of them said they would support boosters for older Americans, but did not think they were needed yet for younger adults.

Many vaccine experts said the data so far only suggested a need for boosters in older adults and people with compromised immune systems. The critics include two FDA scientists who resigned as the Biden administration announced its booster shot plans.

A separate panel advising the US Centers for Disease Control and Prevention (CDC) will meet next week to recommend which groups should get them.

The White House said it was ready to roll out boosters next week if health officials approve the plan. That programme now is likely to be narrowed in light of the advisory panel’s views and the FDA’s partial approval of the use of boosters.

A report published in The Lancet medical journal on September 13 concluded that even with the threat of the more contagious Delta variant, “booster doses for the general population are not appropriate at this stage in the pandemic.” 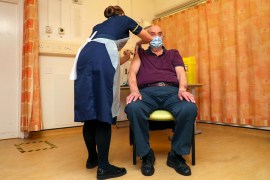 Government unveils plans to rely on vaccines to contain the spread of the virus rather than impose further lockdowns. 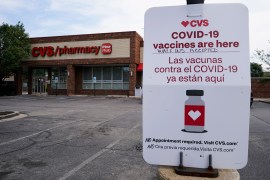 Booster doses for general population ‘are not appropriate at this stage in pandemic’, international scientists say. 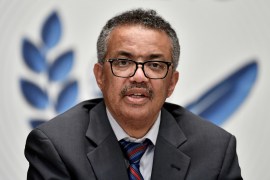