Beirut, Lebanon – Prime Minister Najib Mikati and President Michel Aoun have signed a decree forming a new government in the presence of Parliament Speaker Nabih Berri, the Lebanese presidency said in a statement.

Lebanon had been without a government for more than a year as it descended further into an economic meltdown.

“The situation is very difficult. But it’s not impossible if we united as Lebanese. We have to put our hands together,” Mikati told the press on Friday. “We are all going to work together, united with hope and determination.”

The new prime minister made the remarks at a news conference at the presidential Baabda Palace after a meeting with Aoun to sign the government formation decree, with Berri also present.

Before meeting the president, Berri arrived at the presidential palace waving a paper to the press with what was the finalised list of ministers.

Like the country’s previous government, the lineup consists of newcomers, including Finance Minister Yousef Khalil, a senior Central Bank official, and Health Minister Firas Abiad of the government-run Rafic Hariri University Hospital, who came to prominence during the COVID-19 pandemic.

Mikati promised to help Lebanon through “exceptional circumstances”, as its economy continues to crumble, expressing his concern about the state of education, the country’s brain drain, and medicine shortages.

The Lebanese pound has lost 90 percent of its value in less than two years, while petrol, diesel, and medicine shortages continue to plague the country. The United Nations recently estimated that almost three-quarters of the Lebanese population live in poverty.

The international community has repeatedly urged Lebanon to reform its wasteful and ineffective economic sectors, restart negotiations with the International Monetary Fund, and hold general elections scheduled for May 2022.

With the government now formed, Parliament will soon convene to issue a vote of confidence for the Mikati government.

Since then, Mikati, President Aoun, and other political leaders have engaged in political horse-trading to agree on the sectarian and political allocation of ministerial appointments as per the country’s fragile sectarian power-sharing system.

It appeared that both Mikati and Aoun reached a gridlock in recent weeks, but political sources close to the negotiations told Al Jazeera that recent pressure from the United States and France compelled the Lebanese leaders to reach a compromise.

Mikati is currently a parliamentarian representing the northern city of Tripoli and heads a three-member bloc. He has previously had two stints as Lebanon’s prime minister, once in a caretaker capacity in 2005, and more recently from June 2011 until February 2014. He is also a multibillionaire businessman, and one of the wealthiest men in Lebanon.

Lebanon has not had a full-fledged government in 13 months, after caretaker Prime Minister Hasan Diab’s government resigned in August 2020 in the wake of the Beirut port explosion.

Since then, two government formation attempts have failed – once by Ambassador to Germany Mustafa Adib, and then by former Prime Minister Saad Hariri. The political paralysis continued to persist despite attempts from the Macron government in France to break the deadlock, and the European Union dangling sanctions threats at obstructing officials. 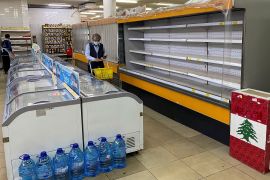 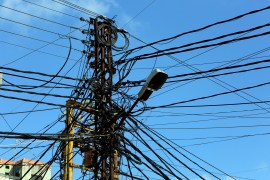 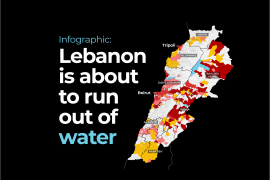 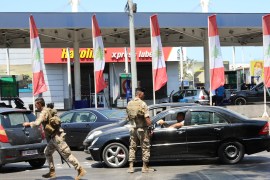 ‘In the eye of chaos’: Lebanon’s security chief issues warning

Major-General Abbas Ibrahim says the collapse of state institutions threatens to undermine the stability of the country.