Gunmen have attacked several villages in northern Mali, “shooting at anything that moved” and killing at least 51 people in apparent retribution for the recent arrest of several rebel leaders, authorities said.

The latest violence took place in the volatile area along the borders of Mali, Niger and Burkina Faso where fighters linked to ISIL (ISIS) and al-Qaeda are active.

A note from the Asongo district administrator to the governor of the Gao region, seen by the Reuters news agency, said houses were ransacked and burned to the ground and herds of livestock carried away.

“Provisional toll is 51 killed, several other injured,” the note said.

No group has yet taken responsibility for the attacks. Mali’s army spokesman Colonel Souleymane Dembele confirmed the attacks on Monday but gave no further details.

The attackers arrived on Sunday around 6pm local time (18:00 GMT) in the communities of Ouatagouna and Karou, local official Oumar Cisse said. “Most of the victims were in front of their houses; others were going to the mosque,” he told The Associated Press.

The assailants arrived on motorbike, taking the villagers by surprise, the official said.

The attack came a week after the Malian army arrested two rebel leaders who had been denounced by residents of Ouattagouna and Karou.

Al Jazeera’s Ahmed Idris, reporting from the Nigerian capital Abuja, said the 51 dead is a provisional figure and officials have said the death toll could rise. An unspecified number of people were injured in the attacks.

“Families have also been asking security forces for security protection so that they can pick up and bury their dead,” Idris said. “These areas have seen numerous attacks since the start of this year and things seem to be getting worse and worse and worse.”

Rebel fighters have been a threat in the area for years. Fighters first seized control of cities in northern Mali back in 2012. Although a French-led military drive forced the rebels out of the urban centres the following year, they quickly regrouped in rural areas and have continued to launch devastating attacks on military targets.

Civilians are increasingly coming under attack as well, with hundreds killed since January in a series of mass killings in villages near the border of Niger and Mali.

France, the former colonial power in the region, announced last month that it would be withdrawing more than 2,000 troops by early next year from the Sahel region, the vast area below the Sahara Desert that stretches across several countries.

A statement from MINUSMA, the United Nations peacekeeping mission in Mali, condemned the “barbaric attacks” on Sunday and said the courts could prosecute such attacks on civilians as crimes against humanity.

In Burkina Faso, meanwhile, 12 troops were killed and eight were wounded on Sunday in an ambush near the border with Mali, the government said.

“Members of the ground forces and the rapid intervention force GARSI were ambushed” in the northwest Boucle du Mouhoun region, Communications Minister Ousseni Tamboura said Monday. The attack occurred near the village of Dounkoun in Toeni district. 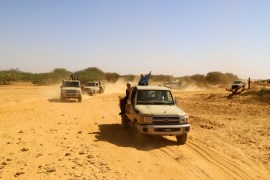 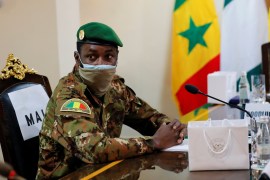 Suspect was arrested following the assassination attempt at Bamako’s Grand Mosque on Tuesday. 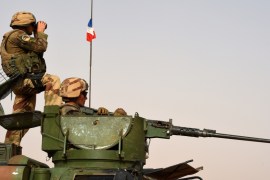