A UN climate report that predicts quicker global warming than anticipated just three years ago “must sound a death knell” for coal, oil and gas and is “code red” for humanity, according to the UN Secretary-General Antonio Guterres.

The Intergovernmental Panel on Climate Change concluded on Monday that drastic cuts to emissions are needed in order to hold the global temperature to under the 1.5C (2.7F) limits set by the 2015 Paris Agreement.

“The alarm bells are deafening, and the evidence is irrefutable: Greenhouse gas emissions from fossil fuel burning and deforestation are choking our planet and putting billions of people at immediate risk. Global heating is affecting every region on Earth, with many of the changes becoming irreversible.

“This report must sound a death knell for coal and fossil fuels before they destroy our planet.”

“It confirms what we already know from thousands of previous studies and reports – we are in an emergency,” Thunberg said.

“It’s a solid summary of the current best available science.

The new IPCC report contains no real surprises. It confirms what we already know from thousands previous studies and reports – that we are in an emergency. It’s a solid (but cautious) summary of the current best available science. 1/2

“It doesn’t tell us what to do,” she noted of the report, which synthesises reams of climate studies conducted in recent years.

“It is up to us to be brave and take decisions based on the scientific evidence provided in these reports. We can still avoid the worst consequences, but not if we continue like today, and not without treating the crisis like a crisis.”

British PM Boris Johnson said the report should serve as “a wake-up call” for world leaders as they prepare to gather in Scotland later this year for the next summit on the climate crisis.

“Today’s report makes for sobering reading, and it is clear that the next decade is going to be pivotal to securing the future of our planet,” Johnson said in a statement.

“We know what must be done to limit global warming – consign coal to history and shift to clean energy sources, protect nature and provide climate finance for countries on the front line.”

World leaders will meet at the COP26 Climate Change Conference in Glasgow in November, in what is being described as the most important meeting on the crisis since the 2015 Paris summit.

“As the IPCC makes plain, the impacts of the climate crisis, from extreme heat to wildfires to intense rainfall and flooding, will only continue to intensify unless we choose another course for ourselves and generations to come,” said US Special Presidential Envoy for Climate John Kerry.

“What the world requires now is real action. All major economies must commit to aggressive climate action during this critical decade.”

Humanity can no longer delay “ambitious” climate action, US Secretary of State Antony Blinken said on Monday after the release of the UN report.

“This moment requires world leaders, the private sector, and individuals to act together with urgency and do everything it takes to protect our planet,” Blinken said in a statement.

“We cannot delay ambitious climate action any longer,” he added.

French Foreign Minister Jean-Yves Le Drian said the report “rightly emphasises, once again, the real urgency to take all the necessary measures to fully implement the Paris accord (on climate change), which is the compass for all of us”.

French Environment Minister Barbara Pompili said in a statement that “the challenge is immense because it involves emerging within a decade from a civilisation that has been based on fossil fuels for several centuries”. 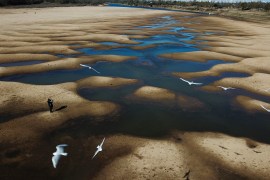 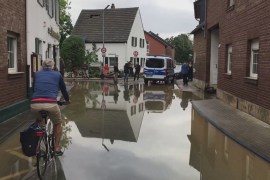 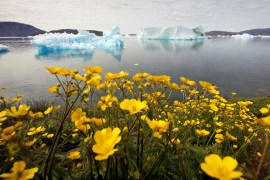 Researchers say ‘overexploitation of the Earth’ has seen many of its ‘vital signs’ deteriorate to record levels.

Why has climate change caused famine in Madagascar?

More than a million people in need of food aid as the country faces worst drought in decades.