United Nations Secretary-General Antonio Guterres has named Swedish diplomat Hans Grundberg as his new Yemen envoy after a delay of several weeks as China considered whether to approve the appointment, which needed consensus Security Council agreement.

The 15-member council approved Grundberg this week as a replacement for Martin Griffiths, who became the UN aid chief last month after trying to mediate an end to the conflict in Yemen for the past three years.

The war has killed tens of thousands of people and caused a dire humanitarian crisis, pushing Yemen to the brink of famine.

Grundberg has been the European Union ambassador to Yemen since September 2019.

UN officials informally floated his name to council members to solicit views by mid-July and 14 members said they would agree to the appointment, diplomats said.

But China said it needed more time. An official with China’s UN mission in New York declined to comment on why Beijing’s approval had been delayed.

A Saudi Arabia-led military coalition intervened in neighbouring Yemen in 2015 after the Iran-aligned Houthi group overthrew the country’s government from the capital, Sanaa.

The Houthis say they are fighting a corrupt system. Yemen President Abd-Rabbu Mansour Hadi’s government is now in Aden, though Hadi is based in the Saudi capital Riyadh. 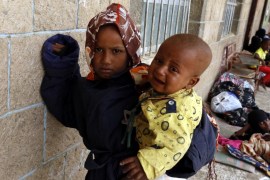 More than two million children are out of school because of the continuing war across Yemen, says UNICEF. 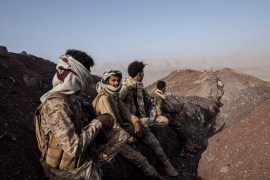 In Pictures: The grim battle for key Yemeni city of Marib

The main hospital in Marib has been overwhelmed by dozens of wounded fighters a day for months. 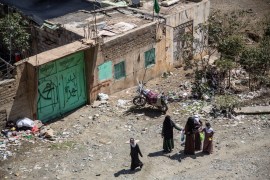 Amid conflict and poverty, Yemen’s hospitals are struggling

In the war-torn country, even the easily preventable and treatable medical issues are proving deadly.