Libya’s interim prime minister has pushed back against parliament’s threats to withdraw confidence from his unity government, as a burgeoning rift raises fears over the continuing peace process to end years of war.

Abdul Hamid Dbeibah, who took office in March, said the eastern-based parliament’s reasons for not approving his repeated budget proposals were “unrealistic and flimsy” and blamed the body for hindering planned December elections.

The budget dispute has emerged as a core element in the growing friction between rival political factions that has undermined a United Nations-backed process, which had been seen as the best chance at peace in years.

Parliament Speaker Aguila Saleh last week demanded that Dbeibeh appear before the chamber, elected in 2014, to be questioned about the performance of his government or face a no-confidence vote.

Amid the worsening political gridlock, many Libyans fear a process that succeeded in creating a unified government for the first time in years is slipping backwards.

A failure to hold the election or a disputed outcome could end political reconciliation and restart a conflict that has smashed swaths of Libya’s cities, drawn in major outside powers and left foreign mercenaries entrenched along the front lines.

“The problem of the elections is not logistical, but an absolute legislative one. We presented a real programme to facilitate and implement the electoral process,” Dbeibeh said on Friday.

Libya has been plagued by corruption and turmoil since a NATO-backed uprising toppled and killed longtime ruler Muammar Gaddafi in 2011.

In recent years, the country was split between a UN-recognised government in the capital, Tripoli, and rival authorities based in the country’s east.

Last October, a ceasefire agreement was reached that led to a deal on the December elections and a transitional government, led by Dbeibah, tasked with organising the December polls. 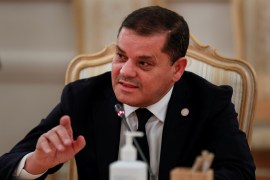 The forum is trying to agree on a constitutional framework to govern the coming parliamentary and presidential polls. 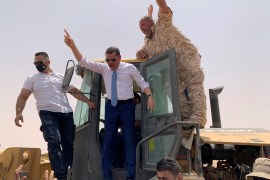 The country’s path to elections and sustainable peace is full of unspoken obstacles. 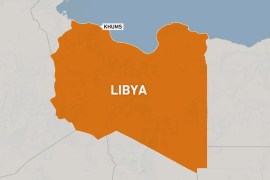 According to survivors, 20 women and two children were among those who drowned when their boat capsized, IOM says. 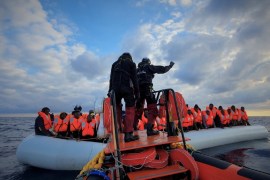