The move was “expected … in view of the logic of escalation observed in recent weeks,” Morocco’s foreign ministry said in a statement released overnight on Wednesday.

“Morocco categorically rejects the fallacious, even absurd, pretexts underlying it,” it said.

The move culminates a period of growing tension between the North African countries, which are mired in a decades-long feud, with their borders closed to each other.

The Algerian foreign minister notably denounced “massive and systematic acts of espionage” by Morocco, a reference to allegations that the kingdom’s security services used Israeli-made Pegasus spyware against its officials and citizens, the official APS news agency reported.

Algeria last week said lethal wildfires were the work of groups it has labelled “terrorists”, one of which it said was backed by Morocco.

The forest fires in Algeria, which broke out on August 9 amid a blistering heatwave, burned tens of thousands of hectares of forest and killed at least 90 people, including more than 30 soldiers.

Algerian authorities have pointed the finger for the fires at the independence movement of the mainly Berber region of Kabylie, which extends along the Mediterranean coast east of the capital, Algiers.

Other criticism ranged from reported remarks by Morocco’s UN ambassador in mid-July to recent comments by Israel’s foreign minister on an historic visit to Morocco as part of both countries’ normalisation of ties.

Morocco and Israel are allies of Western nations, and the move risked complicating diplomacy in the region.

The border between Algeria and Morocco has been closed since 1994.

Algeria backs the Polisario movement that seeks independence for Western Sahara, which Morocco regards as part of its own territory. 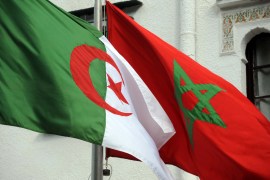 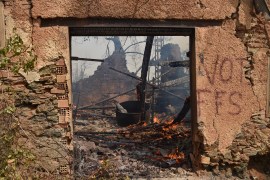 Algeria blames groups it links to Morocco, Israel for wildfires

Algiers to review relations with Morocco after accusing it and group with ‘Zionist links’ for the deadly forest fires. 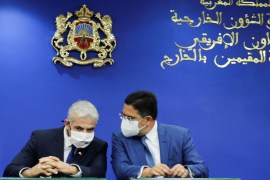 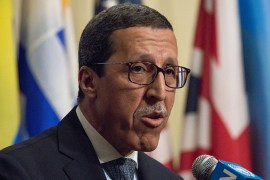