The Canadian government has announced it will soon require all federal public servants to be vaccinated against COVID-19 and will also extend its vaccine requirement to travellers on commercial flights, interprovincial passenger trains and cruise ships.

Minister of Intergovernmental Affairs Dominic LeBlanc said on Friday the vaccine requirement for public servants will be in place later this year and that he expects corporations owned by the federal government and other federally regulated employers to follow suit.

“We expect the federal public service to want to comply with this mandatory requirement,” LeBlanc said in a news conference. “This is the best way to end the pandemic and allow the economy to safely remain open.”

He added that testing and screening measures will be put in place for those who cannot be vaccinated for medical reasons.

LeBlanc noted the federal government is the largest employer in the country and said it is the government’s duty to guarantee the safety of their employees and those who they serve.

Transport Minister Omar Alghabra said that employees in the federally-regulated air, rail, and marine transport sectors will also be required to be vaccinated, along with certain travellers.

“This includes all commercial air travellers, passengers on interprovincial trains, and passengers on large marine vessels with overnight accommodations, such as cruise ships,” Alghabra said in the same news conference.

The government’s vaccine requirements could prove to be a wedge issue when voters go to the polls in an election expected to be held in late September. While the vast majority of those who support the ruling Liberals favour vaccine passports, a third of Conservative voters oppose their use, according to a July EKOS Research poll.

A number of countries have made vaccines mandatory for healthcare workers. Some require proof of vaccination to access certain public spaces like bars and gyms. 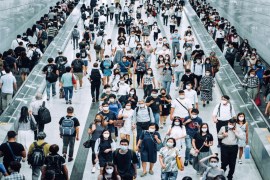 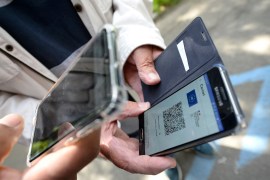 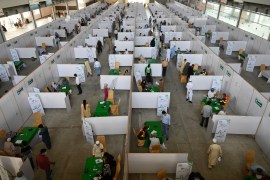 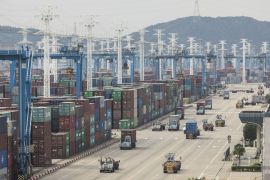 Is China’s port closure a canary in a COVID mine?

Fears are growing the fast-spreading Delta variant could trigger a repeat of last year’s shipping nightmares.