A Palestinian man held without charge has been released from Israeli custody after a hunger strike that lasted for more than two months.

Ghadanfar Abu Atwan, 28, arrived at the Ramallah Istishari Hospital in the occupied West Bank on Thursday and was received by hundreds of well-wishers and supporters, including the Palestinian Health Minister Mai al-Kaila.

In a brief statement to the official Palestine TV, Abu Atwan paid tribute to the Palestinian prisoners in Israeli jails who supported him during his hunger strike, led by his uncle Munif Abu Atwan, who is serving life imprisonment.

Abu Atwan was arrested last October at his home in the town of Dura in the occupied West Bank and given a six-month administrative detention order.

Israel uses the administrative detention policy to arrest and hold Palestinians without filing formal charges, often over suspected security offences which Israel does not disclose.

Rights groups have slammed the orders, which are renewable, saying that the policy violates prisoners’ rights.

Upon renewal of the administrative detention order on May 5, Abu Atwan began a hunger strike. The Palestinian Prisoners Club, a rights group that advocates for Palestinians held in Israeli custody, said he was abused and assaulted.

Abu Atwan was moved to the Israeli Kaplan hospital in June and while Israeli authorities announced they had frozen his detention order, he continued the hunger strike until he was released.

After Abu Atwan’s arrival in Ramallah, the Palestinian health minister told local media that medical teams would follow up on Abu Atwan’s condition and will carry out all necessary examinations and treatments.

She said the Israeli authorities exercise “great neglect” against Palestinian prisoners and do not provide the minimum requirements for treatment, in addition to the failure to provide the necessary preventive measures, especially amid the spread of COVID-19.

“All international human rights institutions and organisations should urgently intervene to stop the racist policies of the occupation and its deliberate neglect of the prisoners’ health, depriving them of the necessary treatment for them,” al-Kaila said.

Prior to Abu Atwan’s release, dozens of Palestinian rights groups issued an urgent appeal to the United Nations (UN) Special Procedures warning of the imminent threat to life to Abu Atwan.

#GhadanfarAbuAtwan was arrested in October 2020 and placed under administrative detention for six months, an order that was renewed for an additional six months. In protest, Ghadanfar began an open-ended hunger strike on 5 May 2021. https://t.co/wmVhVtnym2

“The issuance and confirmation of administrative detention orders by the Occupying Power [Israel] have drastically increased this year, and serve as a key feature of the Israeli repression against Palestinians engaging in their struggle towards their right to self-determination,” the appeal said. 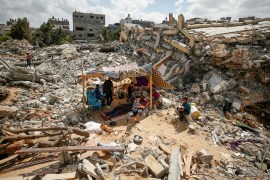 ‘Staggering’: WHO says 200,000 Palestinians in need of health aid

WHO warns of ‘staggering health needs’ across occupied Palestinian territory as Red Cross appeals for $16m for Gaza aid. 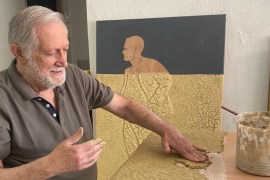 Sliman Mansour: The art of the Palestinian resistance

The Palestinian master artist discusses art as part of the resistance movement. 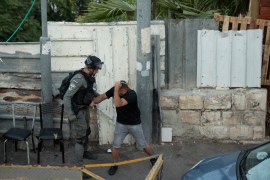