Three of the warring factions of Mexico’s Gulf cartel announced they have reached agreement on a truce.

Police in the state of Tamaulipas confirmed the professionally printed banners appeared in the border city of Reynosa and other cities on Monday. Cartel gunmen randomly killed 15 bystanders last month in Reynosa, which is across the Rio Grande from McAllen, Texas.

Photos of the banners showed they were printed with red, white and green letters — the colours of the Mexican flag — and slogans like “Long live Peace!”

State police said four people had been arrested on suspicion of hanging the banners from buildings or overpasses in more than six cities across Tamaulipas.

The banners were signed by three of the main factions in the decade-old turf war — the Metros, the Scorpions and the Reds. It was unclear if a fourth faction, the Cyclones, was part of the agreement.

In contrast to usual cartel messages, which are often misspelt and accompanied by heaps of bodies or body parts, Monday’s message used polite, almost erudite language and bore a picture of a dove with an olive branch.

“We have agreed to a truce of tranquillity and we declare our solidarity with the people, and with ideological principles consistent with keeping the peace,” read the text of one banner, which included the plea, “We have families, too.”

“The primordial thing is for the communities in which we have a presence to feel secure with it, without any worry,” the banner read. “The Gulf Cartel has principles and its greatest priority is peace in the state and the wellbeing of its residents.”

The Metros are one of the larger factions of the now-splintered Gulf cartel, and they have long dominated Reynosa.

The Tamaulipas state prosecutor’s office has said the June 19 killings in Reynosa were carried out by members of the Scorpions and another Gulf cartel faction known as the “Cyclones”, both of which are based to the east of Reynosa, around Matamoros. The fact that similar banners appeared in Matamoros suggested the Cyclones are on board with the pact.

Prosecutors said the two groups sought to terrorise the population of Reynosa as part of their campaign to challenge the Metros’ control of the city.

Turf battles have become common in Tamaulipas, where remnants of the Gulf cartel and the old Zetas gang have been fighting for more than 10 years. The border cities are lucrative routes for smuggling drugs and migrants. 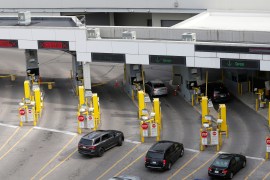 US extends coronavirus closures of borders with Mexico, Canada

Extension until at least August 21 comes days after Canada said it will ease restrictions for US travelers next month. 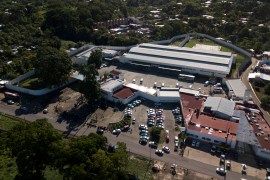 I got to experience first-hand the fallout of US border militarisation policies. 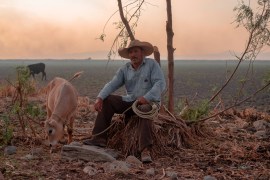 As Mexico’s reservoirs run dry, the people stuck on the drying lake beds wonder how they will survive.