Bosnian Serb representatives have announced a boycott of all major institutions in the divided country – effectively blocking them – outraged about the decision of a UN representative to ban genocide denial.

Inzko imposed amendments to Bosnia’s criminal code to prohibit denial of genocide and war crimes in a country where the Srebrenica genocide is played down by Serb leaders.

While the high representative can pass laws or unseat elected officials, he has rarely used his powers in the past. This latest decision has outraged Serb politicians.

Branislav Borenovic, one of the opposition leaders in Republika Srpska, the Bosnian Serb entity, announced the boycott at a news conference on Monday.

“As of tomorrow, Serb political representatives will no longer participate in the work of the common institutions of Bosnia and Herzegovina and will not make any decisions until this issue is resolved,” he told journalists.

Serb representatives will boycott the Bosnian joint presidency, the parliament and the government, he added – effectively blocking the central institutions that rely on the approval of representatives of all three ethnicities.

Following the Dayton Peace Agreement signed in December 1995, Bosnia was divided into two entities, the Serb-led Republika Srpska and the Bosniak-Croat Federation.

The Srebrenica genocide took place in July 1995, a few months before the end of the war, when Serb forces rounded up and killed more than 8,000 Bosniak Muslim men and boys after capturing the town of Srebrenica.

Serb leaders in Bosnia and Serbia, however, usually deny the massacre amounted to genocide, instead calling it a “great crime”.

Inzko’s decision, which the diplomat made only a week before the end of his term, was immediately rejected by Bosnian Serb leaders.

Milorad Dodik, the Serb member of the Bosnian joint presidency, has even threatened the “dissolution” of the Balkan country.

The dispute comes at a particularly delicate time, as Inzko, after 12 years in office, prepares to hand over to Germany’s Christian Schmidt on August 1.

However, Russia and China are challenging Schmidt’s appointment at the UN.

“The high representative who arrives does not have legitimacy,” Dodik told journalists on Monday.

Mirko Sarovic, president of the main Serb opposition party SDS, said: “We will never again accept any decision … of the high representative.”

Bosnia’s parliaments are the only places for decision-making, he added. 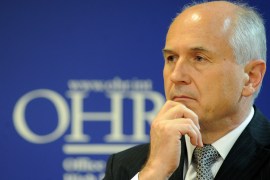 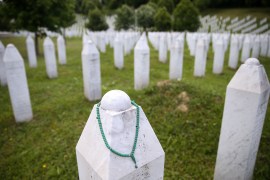 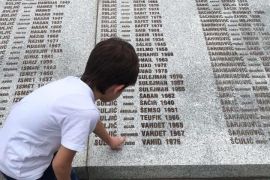 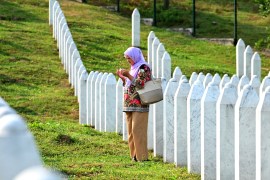