El Salvador’s attorney general’s office has ordered the arrest of former President Salvador Sanchez Ceren and nine top officials from a past administration as part of a money laundering and corruption investigation.

While Sanchez Ceren was out of the country, five former high-ranking members of former President Mauricio Funes’s government from 2009 to 2014 have been detained, the office said on Thursday. The wanted officials include former heads of the health, finance, labour, agriculture and environment ministries.

Sanchez Ceren was vice president at the time of the alleged crimes, which involved money laundering, embezzlement and illicit enrichment after they were transferred unauthorised funds. He became president the next term.

“They were favoured with the payment of bonuses,” the attorney general’s office said in a statement.

“We’ve issued arrest orders and later we will request a red alert for Interpol to activate its search mechanisms against Salvador Sanchez Ceren,” he said.

Incumbent President Nayib Bukele described his predecessor as a “fugitive from justice” who left the country in December 2020.

Bukele has also drawn rebukes for a string of controversial moves, including the removal of an attorney general and five Supreme Court judges, as well as closing an anti-corruption office.

Sanchez Ceren and the other members of Funes’s government belong to the Farabundo Marti National Liberation Front (FMLN), the left-wing party that Bukele represented early in his career before being rejected over allegations he had sown division and violated party statutes.

Bukele has denied the allegations.

In May, the United States said five members of Bukele’s government, as well as opposition figures, are “credibly alleged” to be corrupt. 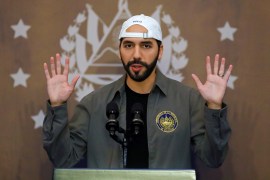 ‘The coolest president in the world’ is transforming El Salvador into a Bitcoin wonderland. What can possibly go wrong? 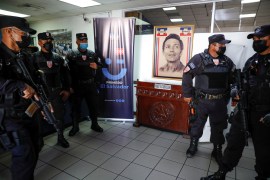 Conservative opposition ARENA party accused of embezzling funds from a donation from Taiwan between 2003 and 2004. 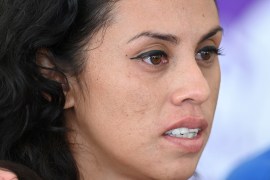 Sara Rogel had been sentenced to a 30-year jail term for an abortion-related crime in El Salvador.