Special police units deployed to the jails in southern Guayas province, home to the largest city of Guayaquil, and Cotopaxi province, south of capital Quito, to quell the violence.

On Thursday, Ecuador’s police service wrote on Twitter that 45 inmates were captured as they attempted to escape from the Cotopaxi prison, where SNAI said 10 inmates died and 35 were injured. Eight prisoners died at the Guayas jail, according to SNAI.

In February, at least 79 inmates died at three prisons – including the centers in Guayas and Cotopaxi – in clashes between rival gangs.

Policia Ecuador tweeted images of the prisoners who were able to exit the prison and reach a vacant lot before being caught by police and military personnel.

Translation: TO THE MOMENT, 45 ppl have been recaptured after they tried to escape from the #CPLCotopaxi No. 1. We will continue to inform.

Ecuadorian officials have for years sought to reduce violence at the country’s overcrowded prisons, home to some 38,000 inmates.

The country’s prison system was declared in a state of emergency by then-President Lenin Moreno in 2019 after a wave of incidents that killed 24. 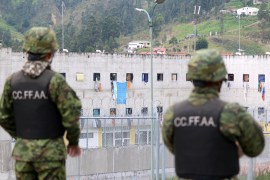 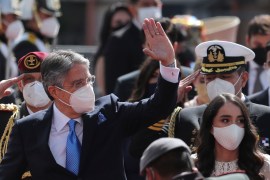 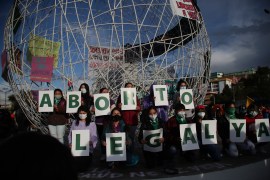 Ecuador at critical crossroads in push for abortion rights

In the largely conservative nation, women can be sentenced to up to two years in prison for having an abortion.