Mexican President Andres Manuel Lopez Obrador on Tuesday called “shameful” the alleged government-ordered spying several years ago that may have targeted him and his close allies and added that his government did not spy on anyone.

British newspaper The Guardian reported on Monday that at least 50 people close to Lopez Obrador, among many others, were potentially targeted by the previous administration of President Enrique Pena Nieto after it purchased Pegasus spying software from Israel-based NSO Group.

In all, some 15,000 Mexican smartphone numbers were among more than 50,000 believed to have been selected by clients of the Israeli firm for potential surveillance, according to The Guardian report.

They include numbers linked to 25 Mexican journalists, AFP reported on Monday.

Mexican journalist Marcela Turati appeared on the leaked list. She believes the monitoring of journalists is ongoing.

“Almost all journalists in Mexico know and feel that we are under some kind of surveillance,” Turati told AFP.

“It’s something that is assumed, especially because Mexico is among the most dangerous countries to practice the profession,” she said.

At the time that Turati appears to have been targeted through NSO, she and two colleagues were investigating the corruption scandal engulfing Brazilian conglomerate Odebrecht.

Lopez Obrador has long railed against his predecessor’s record, saying it was rife with corruption and abuses. He said on Tuesday that if the Pegasus contract was still active it must be canceled.

The list, first accessed by the French nonprofit journalist outlet Forbidden Stories and advocacy group Amnesty International, was shared with The Guardian and more than a dozen other news outlets.

One of the Mexican journalists on the list was murdered in 2017 after criticising alleged links between politicians and criminals.

Cecilio Pineda was one of more than 100 journalists murdered since 2000 in Mexico, one of the world’s deadliest countries for reporters.

Lopez Obrador’s wife, children, brother and even his cardiologist were among those selected for potential surveillance using Pegasus malware between 2016 and 2017, according to Aristegui Noticias, a group of investigative journalists based in Mexico.

The leaked list of smartphone numbers did not include Lopez Obrador himself, according to Aristegui Noticias.

The left-wing leader “apparently did not use a personal cellphone” and communicated through his aides, it said.

Mexican agencies that have acquired the spyware include the defence ministry, the attorney general’s office and the national security intelligence service, it added. 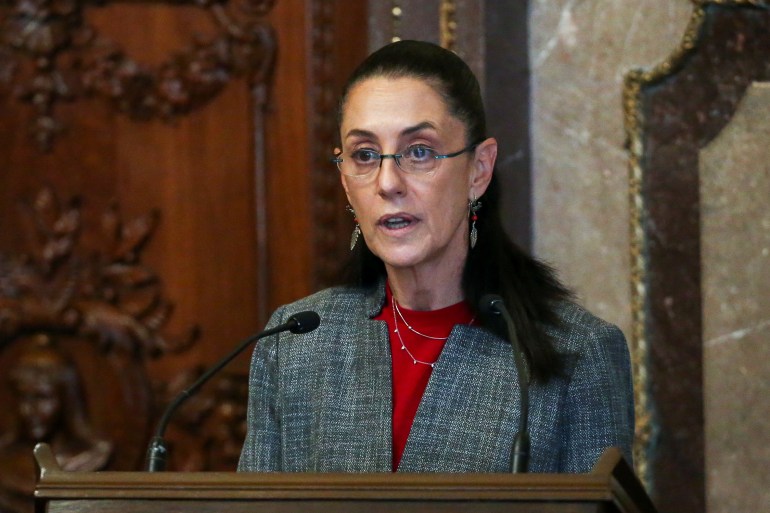 At the time, Lopez Obrador was the opposition leader and political rival of Pena Nieto.

There was a “persecutory practice of political espionage used by the old regime”, Sheinbaum told Aristegui Noticias, whose director Carmen Aristegui also appears to have been targeted.

NSO insists its software is only intended for use in fighting terrorism and other crimes.

Mexico was the first country in the world to buy Pegasus from NSO “and became something of a laboratory for the spy technology”, according to The Guardian.