Khurelsukh, who was forced to resign as prime minister after protests earlier this year, had an insurmountable lead over Sodnomzundui Erdene of the opposition Democratic Party on Wednesday, with most of the votes tallied in the national election.

He will replace incumbent Khaltmaa Battulga, who was denied an opportunity to seek re-election following controversial changes to Mongolia’s constitution that restricted presidents to one term in office.

There are about two million eligible voters in the landlocked country between China and Russia, where political instability has been a constant problem for the young democracy.

The nation passed its first constitution in 1992 after decades of communist rule.

Khurelsukh’s victory follows a low-key campaign amid COVID-19 restrictions. Most outdoor events were cancelled on Saturday after the outsider candidate Dangaasuren Enkhbat of the National Labor Party tested positive for the coronavirus.

Earlier on Wednesday, Mongolians lined up to vote wearing surgical masks and a mixture of traditional clothes, business suits and tracksuits under blue skies, standing in distanced queues marked by lines on the ground.

They were ushered into polling stations by staff in protective outfits, before casting their votes in front of the Mongolian flag.

Mongolia’s hybrid political system gives its elected parliament the right to appoint governments and decide policy, but the president has the power to veto legislation and hire and fire judges.

With the presidency often controlled by the opposition party, the division of power has created a political deadlock that some believe has held back Mongolia’s development.

Khurelsukh’s election is expected to give the MPP more control over the levers of power, though he is obliged to relinquish his party affiliation as soon as he takes office.

The Democratic Party campaigned under the slogan “Mongolia without Dictatorship”, and Erdene warned that the country was sliding towards a one-party state.

It remains unclear what the MPP’s consolidation of power will mean for Mongolia’s biggest foreign investment project, the Oyu Tolgoi copper mine run by Rio Tinto, which the government in Ulaanbaatar has sought to renegotiate as construction costs surge.

Inequality is a key concern among Mongolians, with the poverty rate standing at 28 percent, according to the latest World Bank survey.

The country is also one of the hardest hit by climate change, which has caused desertification and pollution. Temperatures swing from minus 30 degrees Celsius (minus 22 degrees Fahrenheit) in the winter to 30C (86F) in the summer.

Traditionally heavily influenced by nomadic culture, more than two-thirds of the population now live in cities. 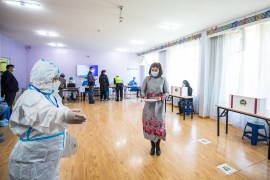 Ukhnaa Khurelsukh of the Mongolian People’s Party, which holds a parliamentary majority, is seen as the frontrunner. 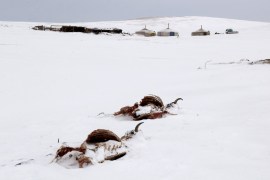 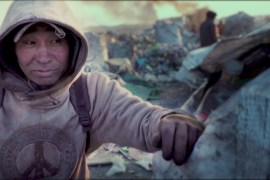 Mongolia: From the Steppe to the Slum