Iran has failed to answer questions about the discovery of uranium particles at former undeclared sites in the country, the head of the UN nuclear watchdog said, calling on Tehran to provide information “without further delay”.

Rafael Grossi, the head of the International Atomic Energy Agency, has been pushing Iran for answers on three sites dating back many years where inspections had revealed traces of uranium of man-made origin, suggesting they were once connected to Iran’s nuclear programme.

The issue is separate from the continuing negotiations aimed at bringing the United States back into Iran’s 2015 nuclear accord with world powers.

In April, the IAEA launched a new process of “technical discussions” with Iran in an effort to “break the impasse” over the sites.

But a report issued last week made clear the IAEA’s queries had not been resolved.

Grossi said Monday his “expectations were not met” and there had been no “concrete progress” on the issue, despite the Iranian authorities’ stated willingness to cooperate.

“Talk must lead to conclusions,” he said.

“The agency’s report is not credible because it’s not based on reliable sources. It’s also not convincing, because it doesn’t reflect all the dimensions of cooperation and yielded progress,” he said.

Grossi also said it was “becoming increasingly difficult” to extend a temporary inspections arrangement with Iran, as Tehran and world powers try to salvage the nuclear deal.

In February, Tehran suspended some IAEA inspections, leading the agency to strike a temporary three-month deal allowing it to continue its activities despite the reduced level of access.

“I can see this space narrowing down,” Grossi said.

In late May, the temporary arrangement was extended until June 24, with Grossi describing the remaining time as “very short”.

Referring to negotiations under way in central Vienna between world powers and Tehran on the possible revival of the 2015 deal on Iran’s nuclear programme, Grossi said he hoped by “wider general agreement that’s being worked on downtown or by some other means, we are not going to see our … inspection capacities curtailed any more”.

“We cannot limit and continue to curtail the ability of the inspectors to inspect and at the same time pretend that there is trust,” he said.

Diplomats are hoping to conclude the talks on reviving the 2015 deal before Iran’s presidential election on June 18.

The deal has been disintegrating ever since former US President Donald Trump dramatically withdrew from it in 2018 and went on to re-impose singeing sanctions on Iran.

In retaliation, Iran has been disregarding limits laid down in the deal on its nuclear activities.

Grossi reiterated on Monday the situation in Iran was “serious”.

“We have a country that has a very developed and ambitious nuclear programme which is enriching at very high levels … very close to weapons grade,” he said. 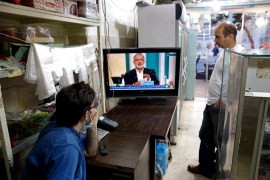 What to expect from Iran’s presidential election? 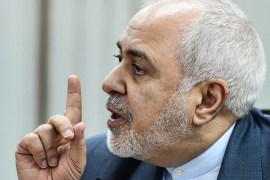 Iran foreign minister says Tehran could not fulfil its financial obligation due to the US sanctions.