A leaked draft report from the United Nations has painted a distressing picture of how climate change will fundamentally reshape life on Earth in the coming decades, even if humans can tame planet-warming greenhouse gas emissions.

In what is by far considered the most comprehensive catalogue ever assembled of how climate change is upending the world, the Intergovernmental Panel on Climate Change (IPCC) drafted a 4,000-page document that was seen by AFP news agency on Wednesday.

Species extinction, more widespread disease, unliveable heat, ecosystem collapse, cities menaced by rising seas – these and other devastating climate effects are accelerating and are bound to become painfully obvious before a child born today turns 30, according to the draft report.

“The worst is yet to come, affecting our children’s and grandchildren’s lives much more than our own,” the draft report says.

But the document, designed to influence critical policy decisions, is not scheduled for release until February 2022 – too late for crunch UN summits this year on climate, biodiversity and food systems, some scientists say.

The report warns that previous major climate shocks dramatically altered the environment and wiped out most species, raising the question of whether humanity is sowing the seeds of its own demise.

“Life on Earth can recover from a drastic climate shift by evolving into new species and creating new ecosystems,” it says. “Humans cannot.”

The IPCC released a statement on Wednesday saying it “does not comment on the contents of draft reports while work is still ongoing”.

Respected climate scientist Francois Gemenne, who leads the Hugo Observatory and is an author on the IPPC report, stressed that the draft seen by AFP will undergo revisions before it is finalised and may even include extra sections.

“This is not the version that will be adopted in February 2022,” he said on Twitter.

He added that it would be a “serious mistake” to imagine that any focus on the “key messages” was useful.

“Disclosure of results prior to the outcome of this process undermines the credibility of the work of the IPCC as a whole,” Gemenne said.

There are at least four main takeaways in the draft report, which may be subject to minor changes in the coming months as the IPCC shifts its focus to a key executive summary for policymakers.

The first is that with 1.1 degrees Celsius of warming clocked so far, the climate is already changing. A decade ago, scientists believed that limiting global warming to two degrees Celsius above mid-19th century levels would be enough to safeguard our future.

That goal is enshrined in the 2015 Paris Agreement, adopted by nearly 200 nations which pledged to collectively cap warming at “well below” two degrees Celsius – and 1.5 degrees if possible. Current trends suggest a three degrees Celsius rise at least.

Earlier models predicted Earth-altering climate change would not be seen before 2100. But the UN draft report says that prolonged warming even beyond 1.5 degrees Celsius could produce “progressively serious, centuries’ long and, in some cases, irreversible consequences”.

Last month, the World Meteorological Organization projected a 40 percent chance that Earth will cross the 1.5-degree threshold for at least one year by 2026.

For some plants and animals, it could be too late: “Even at 1.5 degrees Celsius of warming, conditions will change beyond many organisms’ ability to adapt,” the report notes. Coral reefs – ecosystems on which half a billion people depend – are one example.

Indigenous populations in the Arctic face cultural extinction as the environment upon which their livelihoods and history are built continues to melt.

Jennifer Francis, senior scientist at the Woodwell Climate Research Center, told Al Jazeera that the effect of global warming will be felt at the individual level as well as on a global scale.

“Places that are warm and humid are where we are going to see the most impact on human life, because when you combine humidity with high temperature it means that your body cannot get rid of the heat that it generates as part of its normal operation,” said Francis. “And if that combination gets too high that is when we see people succumbing to heat waves,” she added.

Francis said that while North America, Europe and the Middle East are already experiencing dangerous heat waves, they could extend to the north as well, noting that Siberia recorded a temperature of 100 degrees Fahrenheit (38 degrees Celsius) last summer for the first time.

What can we do?

The second crucial takeaway of the draft report is that the world must face up to the reality of the changing climate and prepare for the onslaught.

“Current levels of adaptation will be inadequate to respond to future climate risks,” it cautions.

Mid-century projections – even under an optimistic scenario of two degrees Celsius of warming – make this an understatement.

Tens of millions more people are likely to face chronic hunger by 2050, and 130 million more could experience extreme poverty within a decade if inequality is allowed to deepen.

In 2050, coastal cities on the “front line” of the climate crisis will see hundreds of millions of people at risk from floods and increasingly frequent storm surges made more deadly by rising seas.

Some 350 million more people living in urban areas will be exposed to water scarcity from severe droughts at 1.5 degrees Celsius of warming – 410 million at two degrees Celsius.

“Adaptation costs for Africa are projected to increase by tens of billions of dollars per year with warming greater than two degrees,” the report cautions.

There is very little good news in the report, but the IPCC stresses that much can be done to avoid worst-case scenarios and prepare for effects that can no longer be averted, the final takeaway.

Transitioning to more plant-based diets could also reduce food-related emissions by as much as 70 percent by 2050.

But simply swapping a gas guzzler for a Tesla or planting billions of trees to offset business-as-usual is not going to cut it, the report warns.

“We need transformational change operating on processes and behaviours at all levels: individual, communities, business, institutions and governments,” it says.

“We must redefine our way of life and consumption.”

Commenting on the report, Swedish activist Greta Thunberg who spearheaded the “Fridays for Future” movement and youth climate strikes that swept the world, said the “eye-opening” report was preferable to false reassurances.

But she added that she found it hopeful that “many people are becoming more and more ready to tell it like it is.

“We can of course not face this crisis unless… we are adult enough to tell the truth, and to face the reality,” the 18-year-old said. 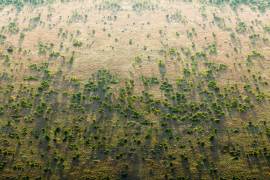 Land can be our greatest ally in fighting climate change, but first we need to restore it to full health. 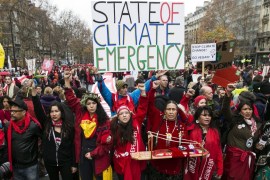 Mass fish deaths have been observed with ecological experts warning of a possible disease outbreak such as cholera.