A US-based advocacy group, Democracy for the Arab World Now (DAWN), has called on United Kingdom authorities to investigate the circumstances of a prominent Emirati dissident’s death in a car crash near London.

Alaa al-Siddiq, 33, executive director of the UK-based ALQST, a non-profit organisation that advocates greater freedoms and human rights in the United Arab Emirates (UAE) and the wider Gulf region, died in an automobile collision in Oxfordshire on Saturday.

“UK police should ensure that no foul play was involved in the death … in light of the fact that the UAE, Saudi Arabia, and Bahrain have violently targeted activists in the UK and around the world,” DAWN said in a statement on Sunday.

It also urged UAE authorities to arrange for the immediate repatriation of al-Siddiq’s body to the UAE so she can be buried according to Islamic tradition in her hometown surrounded by loved ones.

DAWN also called on the UAE “to immediately release” Muhammed al-Siddiq, Alaa’s father and a prominent activist, who has been held in detention by Emirati authorities since 2013, so he can attend any funeral held for his daughter in the country.

“The very least Emirati authorities could do is to repatriate al-Siddiq’s body and allow her father to leave prison to attend a funeral and properly grieve her loss,” said Sarah Leah Whitson, executive director of DAWN and a board member of ALQST, said in the statement.

“Like so many hundreds of thousands [sic] Arab democracy exiles, Alaa al-Siddiq’s exile in the UK was a direct consequence of her government’s repression; her death far away from her loved ones is a tragic and sad outcome of Emirati government persecution.”

DAWN was founded in 2018 by Jamal Khashoggi, a Saudi journalist who was murdered in the embassy of Saudi Arabia in Istanbul, Turkey, later that year.

‘At risk all the time’

Also on Sunday, Alaa’s close colleague Khalid Ibrahim, executive director of the Gulf Centre for Human Rights, told the UK’s Telegraph newspaper she was “at risk all the time”.

“She wasn’t afraid and it never stopped her from doing her peaceful and legitimate human rights work, but she knew she was at risk,” Ibrahim said, adding his organisation urged British police to rule out anything untoward in Alaa’s death probe.

“Those of us who work to expose countries with massive human rights violations are always the target of oppressive governments. We work in a very hostile environment and such governments as those in the Gulf are using surveillance technology to hack into our accounts.

“We all know what happened to Jamal Khashoggi.”

One human rights activist who worked with al-Siddiq also told the Telegraph that Alaa had “spoken of death threats”.

The colleague, who asked to remain anonymous, said: “She was fighting her whole life for her father and for others.” 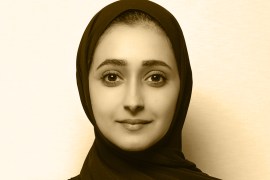 Alaa was executive director of a UK-based non-profit that advocated for human rights in the Gulf. 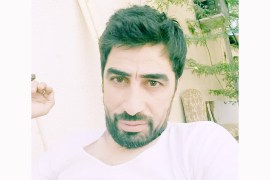 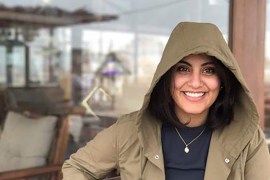