Buckingham Palace banned “coloured immigrants or foreigners” from undertaking office roles for the United Kingdom’s royal family until at least the late 1960s, according to documents obtained by The Guardian newspaper.

Citing the documents, which were discovered at the UK’s National Archives, The Guardian reported on Wednesday that Queen Elizabeth II’s chief financial manager informed civil servants in 1968 it was “not … the practice to appoint coloured immigrants or foreigners” to clerical roles in the royal household.

Such individuals were, however, permitted to work as domestic servants, the newspaper reported.

It was unclear when the practice ran until. Buckingham Palace refused to answer questions from The Guardian concerning the ban, and when it was ended.

Palace officials told the newspaper its records demonstrated people from ethnic minority backgrounds were employed in the 1990s. It claimed it did not keep records on staff members’ race in prior decades.

The documents also revealed Queen Elizabeth II has been exempt from race and gender equality laws for more than four decades since their introduction in the UK in the 1970s.

That has prohibited individuals working for her household from launching complaints in UK courts in the event they believe they have been discriminated against on either of those grounds.

Buckingham Palace told The Guardian that it has a separate process for hearing complaints relating to alleged discrimination.

It did not explain the process in further detail.

The findings are likely to spur further debate about the royal family’s handling of alleged racism within its ranks following a high-profile spat earlier this year involving Meghan Markle, the duchess of Sussex, and her husband Prince Harry.

Markle said during a highly anticipated interview in March that there were concerns about how dark her son Archie’s skin would be before his birth.

Markle, whose mother is Black and father is white, became the royal family’s first mixed-race member when she married Prince Harry in 2018.

The couple have since stepped down from their royal duties and are now living in California.

Prince William, Harry’s older brother, defended the royal family as “very much not” racist in the wake of Markle’s remarks. 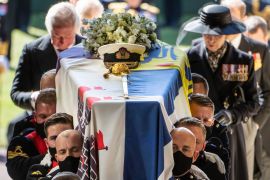 Queen Elizabeth II sits alone as her husband of 73 years is laid to rest in a socially distanced funeral ceremony. 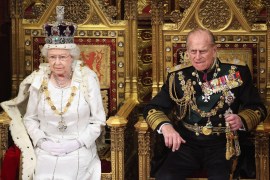 Then the audience switches off the TV. 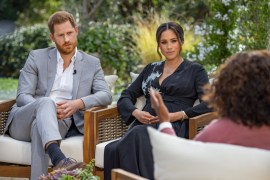 Couple, who moved to the US a year ago, lay bare their experiences of the British monarchy in Oprah Winfrey interview. 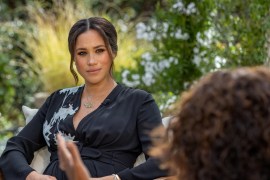