The chair and secretary-general of the Association of Southeast Asian Nations (ASEAN) plan to travel to Myanmar this week even as the 10-nation group remains divided on how to respond to the military coup there, four diplomatic sources have told the Reuters news agency.

Myanmar is a member of ASEAN and has a policy of non-interference in the affairs of members, but it has led the main diplomatic effort to resolve the crisis that has engulfed the country since February 1 when the military staged a coup and removed the democratically elected government.

The military has detained Myanmar’s civilian leader, Aung San Suu Kyi and imprisoned political opponents amid a deadly crackdown on protesters, resulting in a growing refugee crisis and the collapse of the economy.

Erywan Yusof, the second minister for foreign affairs for Brunei, ASEAN’s chair this year and the group’s Secretary-General Lim Jock Hoi, also from Brunei, are scheduled to meet leaders of Myanmar’s military this week, the sources, who asked not to be identified, said.

The sources warned that a trip could be delayed or derailed by last-minute logistical and diplomatic impediments.

It is unclear if the pair will meet opponents of the military government, many of whom are imprisoned or in hiding.

ASEAN Parliamentarians for Human Rights (APHR), a grouping of Southeast Asian MPs, said it was crucial that civilian leaders be included and that ASEAN representatives had to meet Aung San Suu Kyi and U Win Myint, who was president before the generals snatched power.

“If ASEAN only meets with the military it risks, once again, playing into the junta’s public relations exercise and granting them legitimacy, when all they deserve is admonition,” Charles Santiago, APHR chairman and a Malaysian MP, said in a statement.

The planned trip comes more than five weeks after ASEAN leaders announced a “five-point consensus” to end violence; promote dialogue, deliver aid, appoint a special envoy and send a delegation headed by the envoy to Myanmar to meet “with all parties concerned”.

However, the special envoy has yet to be appointed amid divisions within ASEAN over the best person or individual for the job, the envoy’s mandate and the length of the envoy’s term.

A “concept paper” released by Brunei to ASEAN members last month proposed the envoy only hold the position for the rest of the year, when it would be reviewed by the next chair of ASEAN, due to be Cambodia, said three sources familiar with its contents. They said the paper also proposed limiting the envoy’s job to mediating, not basing them in Myanmar, giving them a small staff paid for by the home country of the envoy.

Majority of Burmese people recognize the current military as a terrorist organization. If ASEAN stands with the people of Burma, they should consider how they treat to military leaders in Burma.

The conditions were seen by several ASEAN states as fatally undermining the stature and leverage of the envoy, they said.

Brunei – an oil-rich sultanate of fewer than 500,000 people with little experience in diplomatic leadership – has not responded to the concerns, the sources added. The envoy represents the chair, so is technically appointed by Brunei, said one diplomat.

ASEAN operates on consensus decision-making, but it is a diverse grouping of democracies, an absolute monarchy, along with authoritarian and one-party communist states and it seldom takes a strong stand on issues involving one of its own.

“ASEAN is haemorrhaging. There is a lot of intra-ASEAN diplomatic sniping. There is unhappiness all around,” said one source familiar with negotiations.

All four diplomatic sources said Indonesia and Thailand, two of ASEAN’s most important members, were at loggerheads over the envoy.

Indonesia initially favoured a single envoy to lead a task force while Thailand, whose military has close ties to neighbouring Myanmar, pushed for a “friends of the chair” body of multiple representatives, the sources said.

Spokespeople for the foreign ministries of Indonesia and Thailand declined to comment on their stance.

The compromise supported by most ASEAN states is for three envoys, likely made up of representatives from Indonesia, Thailand and Brunei, two sources said.

ASEAN foreign ministers will meet in China next week for the annual China-ASEAN summit. If their disagreement on the envoy is not sorted out beforehand, the sources said it was hoped to be finalised on the sidelines of the summit.

China watered down a UN Security Council resolution on Myanmar but said the current political situation was “absolutely not what China wants to see”.

Since the ASEAN five-point consensus was announced, Myanmar’s generals have said they will only consider the proposals – including a visit from an envoy – once it has restored stability.

The military regime’s position undermined ASEAN’s claim of a unified position but also reflected diplomatic realities given Myanmar’s membership of the group, diplomats and analysts said.

“All of this only works if there is full buy-in from the junta,” said one regional diplomat.

Several ASEAN nations were comfortable with a weapons freeze being included in the non-binding resolution, they said, but resistance led by Thailand and Singapore ensured ASEAN requested the clause be removed.

Singapore’s foreign ministry did not respond to requests for comment.

There is also conflict among ASEAN states about when to deliver aid to Myanmar, amid fears from some that the early deployment of assistance without any commitment from Myanmar to hold dialogue with its opponents could be exploited by its military leaders for propaganda purposes, two of the sources said. 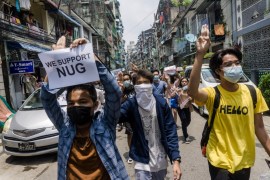 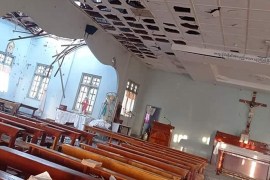 Myanmar cardinal calls for end to violence after church attack

Appeal from Charles Maung Bo came after four people sheltering in a church were killed in fighting in country’s east. 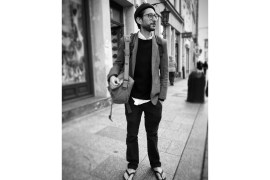 Frontier managing editor Danny Fenster was picked up at the airport in Yangon as he was preparing to fly to Malaysia.