A Palestinian teenager has been killed by Israeli fire during confrontations between protesters and Israeli troops in the occupied West Bank, Palestinian authorities said.

The Palestinian Red Crescent said on Friday that “Mohammad Said Hamayel, 15, died in confrontations” with Israeli forces near Beita, south of Nablus, where dozens of Palestinians demonstrated against the expansion of a nearby illegal Jewish settlement at the expense of their land.

The Ministry of Health of Palestine said six others had been wounded by gunfire.

The official Palestinian news agency, Wafa, reported that Israeli troops fired live rounds, tear gas and rubber-coated steel pellets at the demonstrators. There was no immediate comment from the Israeli military.

Health ministry: Mohammad Hamayel, 15 was killed by Israeli army during clashes in Beita village.
Three Palestinians were killed since May during protests in Beita village against a new illegal Israeli outpost that recently established by religious settlers on Sabeih Mountain. pic.twitter.com/bnv3TYIhwQ

Hamayel is the eighth Palestinian child to be killed by Israeli forces this year and the third in Beita, which has witnessed protests in recent months after Israeli settlers built an outpost on the village’s Mount Sabih.

The livelihoods of at least 17 Palestinian families – more than 100 people – are threatened as they depend on harvesting their olives on land they have owned for generations.

In another protest in the village of Kufr Qaddoum, an eight-month-old baby suffered tear gas inhalation after Israeli forces targeted the family home of Loay Samir. Another 10-year-old child was wounded in the leg with a rubber-coated steel bullet.

An 8-month-old infant, Norsin Louay, suffered suffocation by Israeli 🇮🇱 forces firing tear gas at Palestinian 🇵🇸 homes during their usual crackdown of the weekly anti-settlement protest in Kafr Qaddum near the city of Qalqilia in the occupied West Bank https://t.co/Di3sDJ6bkU

Murad Shteiwi, the media coordinator for Kufr Qaddoum, said the Israeli army stormed the village under a heavy cover of live bullets, adding that that they raided the homes of the Palestinian residents, climbed their roofs and used them as military barracks for their snipers.

Some 475,000 Israeli settlers live in the occupied West Bank, home to more than 2.8 million Palestinians.

On Thursday, Israeli troops shot and killed three Palestinians, including two security officers, in a shoot-out that erupted in the town of Jenin during what appeared to be an Israeli arrest raid overnight.

Dozens of illegal settlers attacked the occupied West Bank village of Jaloud after a shooting incident a day earlier. 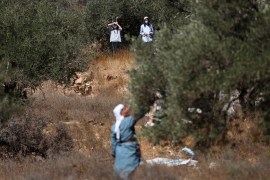 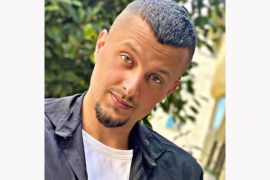 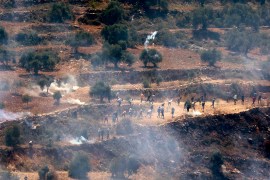