The 50-year-old suspect was sent to jail pending trial after he was arrested on Saturday at his home in southern Bagerhat district, Rahman said.

The mangrove forest region straddling India and Bangladesh, home to one of the world’s largest populations of Bengal tigers, was Talukder’s hunting ground.

The cats’ pelts, bones and even the flesh would be bought by black market traders who would sell them in China and elsewhere.

Talukder started out collecting honey from wild bees in the forest and became a local legend for his exploits hunting the big cats and avoiding arrest.

“We equally respect him and are scared of him,” said local honey hunter Abdus Salam. “He’s a dangerous man who could fight alone with mama (tiger) inside the forest.”

Wanted in a number of cases filed under the wildlife conservation law, Talukder had been on the run for a long time, Rahman said.

He might have links with gangs operating in the Sundarbans for poaching wild animals, the officer said.

Talukder, who frequently ventured into the forest despite a ban on him, is formally charged for the hunting of three tigers and five deer, forest official Joynal Abadin said.

But Talukder told local people that he had hunted as many as 70 big cats since he had first killed a tiger in his mid-20s, Abadin said, referring to local residents.

“We could not verify his claim yet,” he said.

Bengal tigers are unique among big cats in being able to live and hunt in the brackish water of the mangrove forests. They are adept swimmers.

After a crackdown on poaching and banditry, a 2019 study by Bangladesh’s forest department found a total of 114 Bengal tigers in its part of Sundarbans, a UNESCO heritage site.

“He was a big headache for us. He posed a great threat to the forest’s biodiversity.” 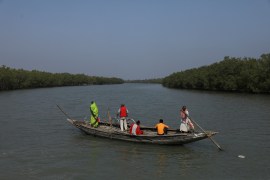 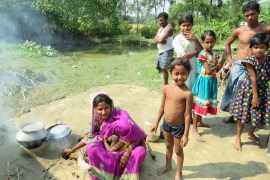 As livelihoods diminish in the world’s largest delta, activists report spike in cases of child marriage due to poverty. 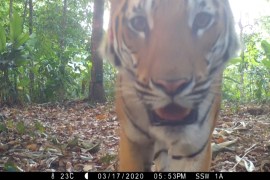 Camera traps recorded three tigers in an area of western Thailand where the big cat had not been seen for four years. 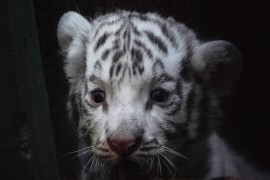 The tiger is one of four born on March 12 – white tigers are a genetic variation of orange Bengal tigers.