An armed gang abducted dozens of students from an Islamic school in the northcentral Nigerian state of Niger on Sunday, police and state government officials said.

Some 200 children were at the school at the time of Sunday’s attack, the Niger state government said on Twitter, adding that “an unconfirmed number” had been taken.

The abduction came a day after 14 students from a university in northwestern Nigeria were freed, having spent 40 days in captivity.

A spokesman for Niger state’s police said in a statement that gunmen on motorcycles attacked the town of Tegina, in the Rafi local government area of the state, at approximately 3pm (14:00 GMT) on Sunday.

He said the attackers were “shooting indiscriminately and abducted a yet to be ascertained number of children at Salihu Tanko Islamic school”. One person was shot dead during the attack and a second person was seriously injured, the state governor’s spokeswoman said.

Armed groups carrying out kidnapping for ransom have been blamed for a series of raids on schools and universities in northern Nigeria in recent months, abducting more than 700 students for ransom since December.

The school’s owner, Abubakar Tegina, told the Reuters news agency in a phone interview that he witnessed the attack.

“I personally saw between 20 and 25 motorcycles with heavily armed people. They entered the school and went away with about 150 or more of the students,” said Tegina, who lives approximately 150 metres (about 500 feet) from the school.

“We can’t be exact because most of them have not reported to the school as at that time,” he said, when asked for further details of the number taken.

Tegina said there are approximately 300 pupils aged between seven and 15. He said pupils live at home and only attend classes at the site.

One of the school’s officials, who asked not to be named, told the AFP news agency that the attackers initially took more than 100 children “but later sent back those they considered too small for them, those between four and 12 years old”.

The state government, in a series of tweets, said the attackers had released 11 of the pupils who were “too small and couldn’t walk” very far.

Most students kidnapped in recent months have been taken from boarding schools.

Armed gangs have been terrorising people in northwest and central Nigeria by looting villages, stealing cattle, and kidnapping people for ransom.

On April 20, gunmen known locally as “bandits” stormed Greenfield University in northwestern Nigeria and kidnapped about 20 students, killing a member of staff in the process.

Five students were executed a few days later to force families and the government to pay a ransom, and some 14 students were released on Saturday.

Local press said that the families had paid a ransom totalling 180 million naira ($440,000) for their release. 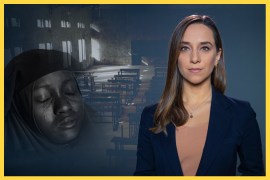 Why are schoolchildren being kidnapped in Nigeria? | Start Here

Kidnappers in Nigeria are increasingly targeting schools and abducting hundreds of students for ransom. 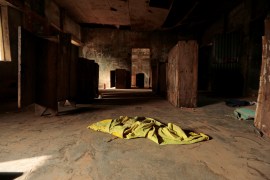 Since December 2020, a total of 769 students have been taken in at least five school kidnappings in northern Nigeria. 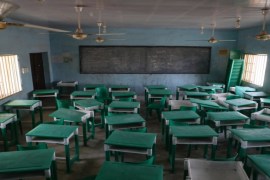 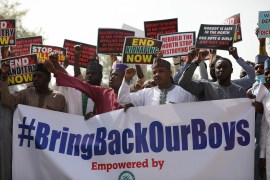