Dominic Cummings, former chief adviser to British Prime Minister Boris Johnson, has said the United Kingdom failed in the COVID-19 crisis and has fallen “disastrously short” of standards during the pandemic.

In a blistering attack on the government he once served, Cummings on Wednesday told legislators investigating the UK’s response that some ministers and officials went on vacation in February last year – when the virus was raging across the country – as he called for the health secretary to be fired.

Cummings said the government “was not operating on a war footing on this in February in any way, shape or form”, adding that “lots of people were literally skiing”.

“The truth is that senior ministers, senior officials, senior advisers like me, fell disastrously short of the standards that the public has a right to expect of its government in a crisis like this,” Cummings said.

“When the public needed us most, the government failed,” he said, adding that people “died unnecessarily” as a result.

The UK has recorded almost 128,000 coronavirus deaths, the highest toll in Europe and the world’s fifth-worst overall.

A mass vaccination campaign that began in December has brought infections and deaths down sharply, but the government acknowledges it will have to answer serious questions about its handling of the virus at a future public inquiry.

When the pandemic began, critics accused Johnson of being too slow to react to the threat of the virus.

After leaving Johnson’s team late last year, Cummings has become one of the prime minister’s most vocal critics regarding his management of the pandemic.

On Wednesday, Cummings alleged that Johnson in early 2020 considered COVID a “scare story” like swine flu and was too slow to implement a first national lockdown, which came into effect on March 23.

Cummings said Johnson was so sceptical of the virus that he considered getting the government’s chief medical adviser, Chris Whitty, to inject him with the novel coronavirus on live television to reassure the public.

Hancock ‘should have been fired’

According to Cummings, Health Secretary Matt Hancock should have been fired for lying in government meetings on COVID-19.

Asked for an example, he said Hancock had told ministers that the supply of personal protective equipment was under control in April, but that had later proved not to be the case.

One of the architects of the successful campaign to take the UK out of the European Union, Cummings was appointed a top adviser when Johnson became prime minister in 2019.

He left in November, months after he was widely accused of flouting lockdown rules.

“That whole episode was definitely a major disaster for the government and the COVID policy,” Cummings said on Wednesday, as he apologised for his misjudgement.

The government has repeatedly denied his accusations, which he often shares on Twitter.

Johnson on Wednesday said he did not accept Cummings’ testimony.

“The handling of this pandemic has been one of the most difficult things this country’s had to do for a very long time but none of the decisions have been easy,” Johnson said in Parliament in response to questioning by opposition Labour Party leader Keir Starmer.

“To go into a lockdown is a traumatic thing for a country, to deal with a pandemic on the scale has been appallingly difficult, and we’ve at every stage tried to minimise loss of life, to save lives and protect the NHS, and we have followed the best scientific advice that we can.” 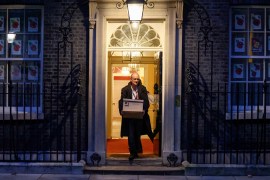 Cummings has recently been involved in a war of words with Downing Street. 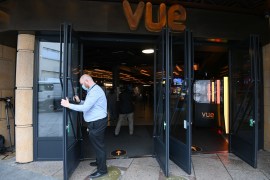 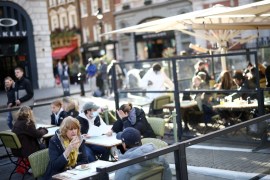 A switch to more secure jobs and an exodus of foreign workers have exacerbated a staff shortage, a survey found. 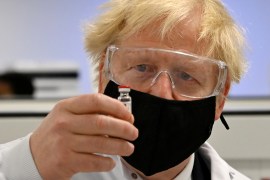