On May 25, 2020, at 9:25pm (02:25 GMT, May 26), George Floyd, an unarmed 46-year-old Black man from the US state of Minnesota became yet another victim of police brutality when he was killed by police. Floyd’s killing triggered worldwide protests demanding justice and an end to systemic racism. On April 20, 2021, Floyd’s killer, former police officer Derek Chauvin, was found guilty of murder and manslaughter. Chauvin, who is white, faces at least 75 years in prison. His sentencing has been set for June 25.

Between January 2013 and May 2021, police in the United States killed at least 9,179 people, according to data compiled by Mapping Police Violence, a research and advocacy group. Since Floyd’s death exactly a year ago, the group has recorded at least 1,068 police killings across the country – an average of three killings every day.

According to the group’s latest figures, police killings are at similar rates to past years. Some states have seen a reduction while others have seen a rise in killings. 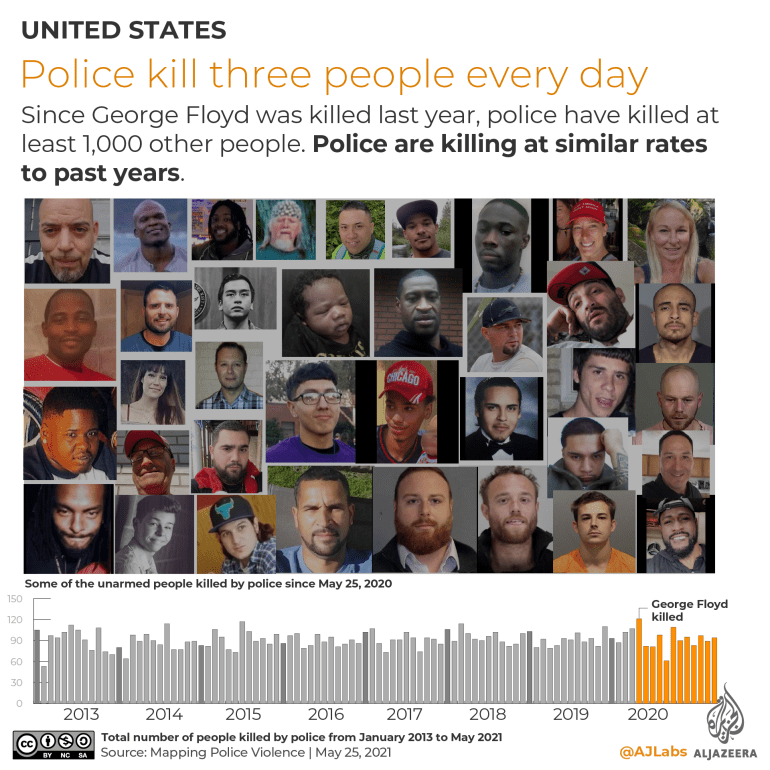 Over the past year since Floyd was murdered, 25 states saw a decrease, 19 states an increase and seven states had the same number of police killings compared with the same period a year ago.

The rate in the state of Minnesota, where George Floyd lived, increased from 10 police killings per million inhabitants the year before Floyd was killed to 13 (including Floyd) one year after his murder. This includes Daunte Wright who was shot and killed by police officer Kim Potter during a police stop on April 11, 2021. 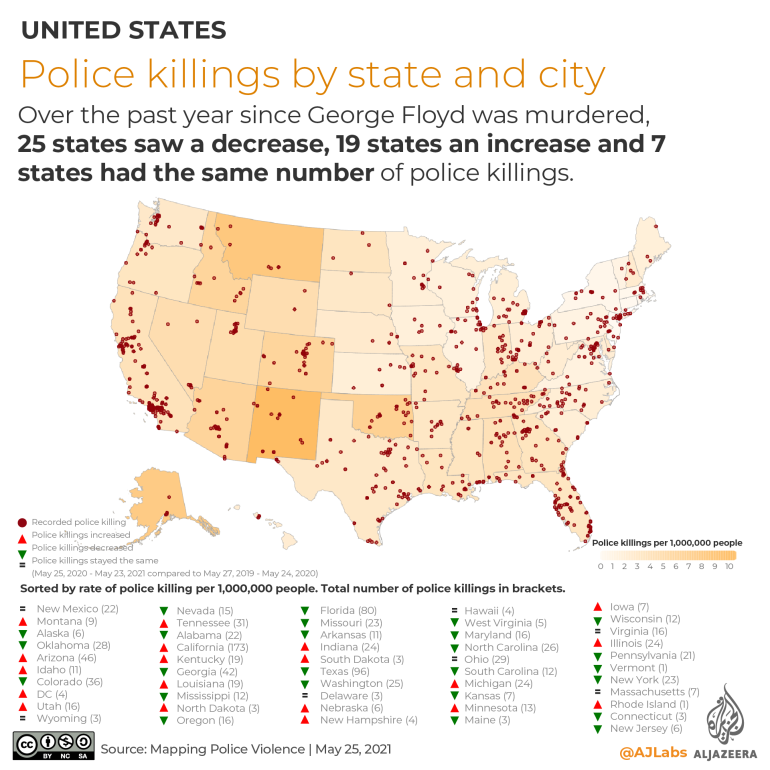 According to an analysis by Mapping Police Violence, despite only making up 13 percent of the US population, Black Americans are nearly three times as likely as white Americans to be killed by the police. The group also found that “levels of violent crime in US cities do not determine rates of police violence”. 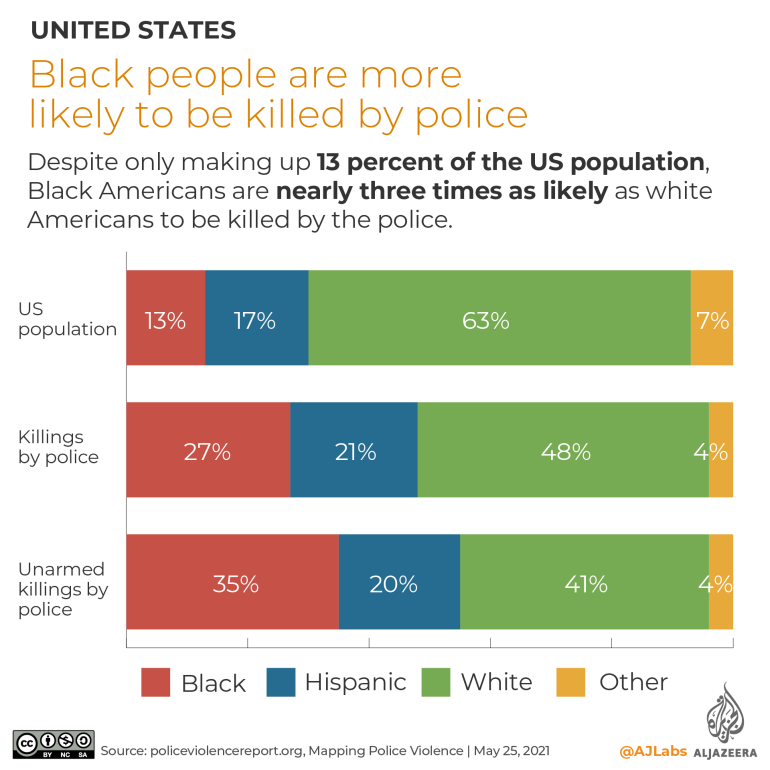 Less than 2 percent of officers are charged

Several events are planned across the country on May 25 to remember George Floyd and to reiterate calls for racial justice and police reform. 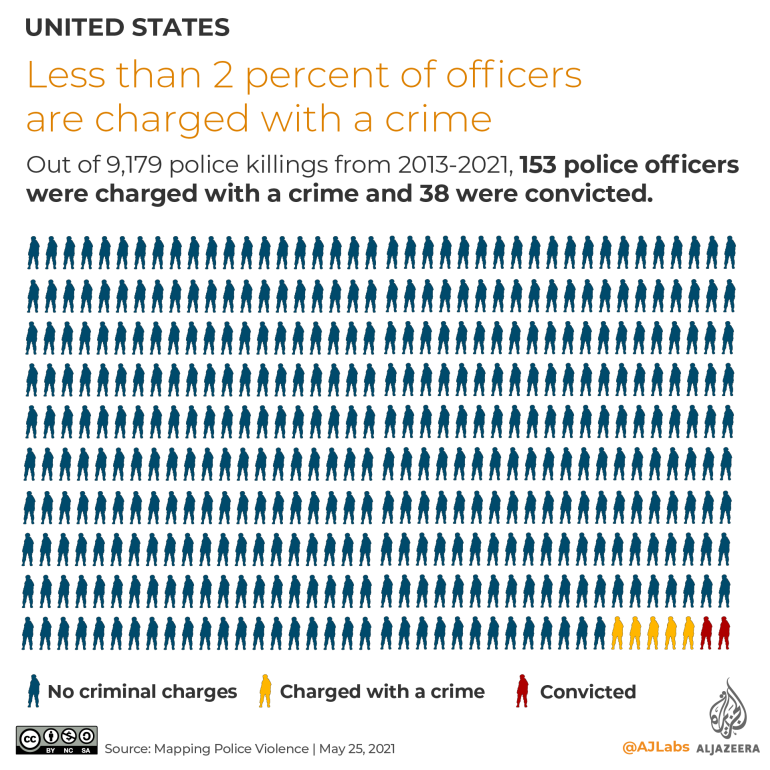