The all-English Champions League final will be held in Porto with 12,000 fans from Chelsea and Manchester City, UEFA has confirmed.

The May 29 showpiece was moved from Istanbul to the 50,000-capacity Estadio do Dragao after England imposed tougher pandemic travel restrictions on Turkey that would have prevented fans from flying in.

“Fans have had to suffer more than 12 months without the ability to see their teams live and reaching a Champions League final is the pinnacle of club football,” UEFA President Aleksander Ceferin said in a statement.

“To deprive those supporters of the chance to see the match in person was not an option and I am delighted that this compromise has been found,” he added.

The #UCLfinal between Manchester City and Chelsea will now be held at the Estádio do Dragão in Porto.

The UEFA president said Turkish authorities had been “reliable partners” of UEFA and hosted many events in previous years “with great success”.

“I hope to be in Istanbul and Turkey for a Champions League final and many other events in the near future.”

City coach Pep Guardiola said he would have preferred Turkey as the venue for midfielder Ilkay Gundogan, whose grandfather comes from Balikesir, south of Istanbul.

“I have had the pleasure to go to Istanbul but since my period as a football player in Barcelona, I never had the opportunity to go there again, not even in the Champions League,” he said at a press conference.

“For Ilkay Gundogan I wanted to go there. Unfortunately, UEFA decided to go to Portugal, but there’s no problem there.”

The final capacity for the match is still to be decided but the Portuguese government has said any travelling fans will be required to stay in a “bubble” and fly back immediately after the match.

Last season’s Champions League matches from the quarter-finals onwards were also held in Portugal, in the city of Lisbon.

The initial alternative had been to use Wembley Stadium in London, but talks with the British government stalled on Monday over being able to secure quarantine waivers for the guests and broadcasters required by UEFA to attend the game.

“The difficulties of moving the final are great and the FA and the authorities made every effort to try to stage the match in England and I would like to thank them for their work in trying to make it happen,” Ceferin said.

UEFA said coronavirus rules in the United Kingdom made it difficult to hold the fixture in the English capital.

“UEFA discussed moving the match to England but, despite exhaustive efforts on the part of the Football Association and the authorities, it was not possible to achieve the necessary exemptions from UK quarantine arrangements,” it said.

UK citizens returning from red list countries are required to quarantine at a government-approved hotel for 10 days.

English fans attending the match in Porto will have to fly in on the day of the match and will need to stay in a “bubble” before flying back straight after the game, the Portuguese government said on Thursday.

Portugal’s Cabinet Affairs Minister Mariana Vieira da Silva told a news conference that a set of rules had been put in place for those fans attending the final.

“Those who come to the final of the Champions League will come and return on the same day, with a test done, in a bubble situation, on charter flights. 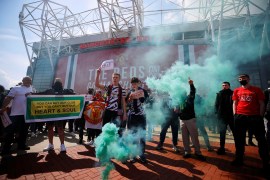 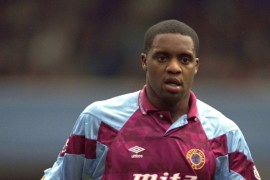 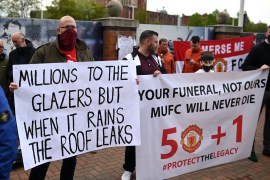 As a Manchester United fan protest leads to a match postponement, experts say owners must rebuild trust with the fans. 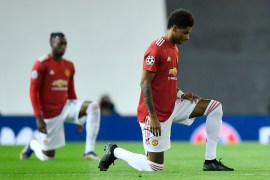