Afghanistan’s security forces have mounted an operation to recapture a Taliban-held district outside the capital Kabul, according to a local official.

The battle for Nerkh district, which lies in Wardak province about 40km (25 miles) from Kabul, came on Wednesday, just before the start of a three-day ceasefire at midnight.

Taliban fighters had killed or captured some government soldiers on Tuesday and forced others to retreat in the centre of Nerkh.

Government forces have been struggling against stepped-up attacks by the Taliban as US troops withdraw after 20 years of fighting in the country.

Wardak mayor Zarifa Ghafari said that if the district is not taken soon, fighting would reach the gates of Kabul in a few days. 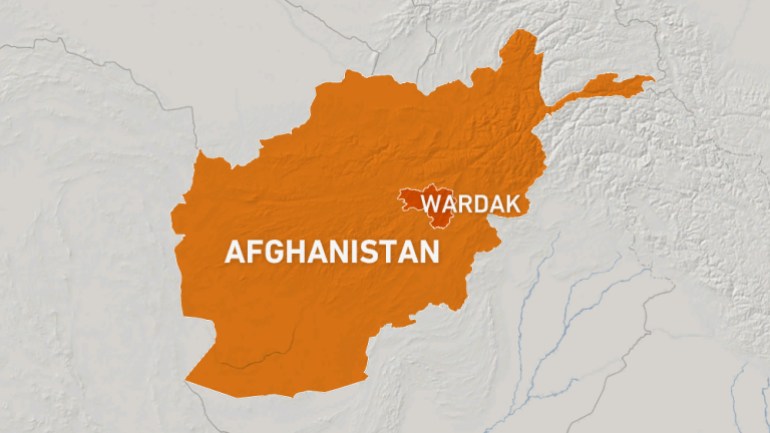 The defence ministry said on Wednesday special forces have been deployed in the area to retake the district after troops made a “tactical retreat” on Tuesday.

“Commando reinforcements are on their way,” said Fawad Aman, a spokesman for the defence ministry.

A senior government official said they aimed to regain control before a three-day ceasefire announced by the Taliban for the Muslim religious holiday of Eid, which starts on Thursday.

“We will have to do it today because after the ceasefire, it will give the Taliban enough time to dig in and will complicate the operations and increase our casualties,” the official said, speaking to Reuters news agency on condition of anonymity.

The government carried out air attacks at the start of the operation, the defence ministry said.

The Taliban have maintained a strong presence in Wardak and nearby Logar province to the south over the years.

Afghan officials say the Taliban have used the provinces as launchpads for hit-and-run attacks and suicide bombings on Kabul.

The Taliban has staged a months-long campaign to expand its influence across the country as the United States has begun withdrawing troops from May 1 and closed some bases in keeping with a peace deal it signed with the Taliban last year.

Afghan officials say since Washington announced plans last month to pull out all US troops by September 11, the Taliban have stepped up attacks.