A French court has thrown out a lawsuit brought by a French-Vietnamese woman against more than a dozen multinational companies that produced and sold the toxic herbicide Agent Orange, used by US troops during the war in Vietnam.

Tran To Nga confirmed to Reuters that the case had been thrown out on Monday. She added she would appeal against the ruling.

The landmark case, filed in 2014, has pitched Tran To Nga, a 79-year-old, who claims she was a victim of Agent Orange, against 14 firms, including US multinational companies Dow Chemical and Monsanto, now owned by German giant Bayer.

The court in the Paris suburb of Evry ruled that it did not have the jurisdiction to hear a case involving the wartime actions of the US government, AFP news agency reported, citing the ruling.

Nga, a former journalist born in 1942 in what was then French Indochina, had accused the agrochemical companies of causing grievous harm to her and others by selling Agent Orange to the US government, which used it to devastating effect in the war.

The reporter also accused the companies of causing damage to the environment.

Dismissing the case, the court said the companies were acting “on the orders” of the US government, which was engaged in a “sovereign act”.

NGOs estimate that four million people in Vietnam, Laos and Cambodia were exposed to the 76 million litres (20 million gallons) of Agent Orange sprayed by US forces to destroy ground cover and food sources in its battle with communist North Vietnamese troops between 1962 and 1971.

Vietnam blames it for causing severe birth defects in 150,000 children.

So far, only military veterans – from the US, Australia and Korea – have won compensation for the after-effects of the highly toxic chemical.

German chemicals giant Bayer, which now owns Monsanto, and the other companies accused argued they could not be held responsible for the use that the American military made of their product.

But Nga’s lawyers argued that the companies should have refused to supply the US military with the chemical.

Nga suffers from type 2 diabetes and an extremely rare insulin allergy, which she argued were symptomatic of exposure to Agent Orange.

She said she also contracted tuberculosis twice and developed cancer, and one of her daughters died of a malformation of the heart.

“I’m not fighting for myself, but for my children and the millions of victims,” Nga said.

She had filed her lawsuit with the backing of several rights groups that had hoped to turn it into a landmark case of “ecocide” – a term used to describe serious crimes against the environment. 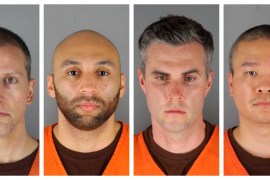 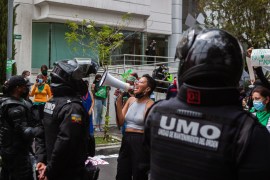 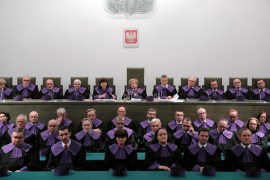 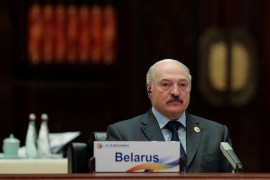