More than 120,000 voters have gone to the polls to elect a new government in Samoa, with the long-ruling Human Rights Protection Party (HRPP) facing its strongest challenge in nearly 40 years.

The Samoa Electoral Commission is expecting to have a result by early Saturday in the small Pacific island nation, where voting is compulsory.

Advance voting in the past four days showed the HRPP, headed by longtime Prime Minister Tuilaepa Aiono Sailele Malielegaoi, holding 25 seats with the newly formed opposition FAST party on 21 in the 51-member parliament.

The election has pitted Malielegaoi, who has been prime minister for the past 22 years, against former ally Fiame Naomi Mataafa.

Friday’s poll saw complaints that some voters were delayed because of a shortage of buses and insufficient capacity of boats from outlying islands.

“I waited four hours to get on the ferry,” said Epelu Kirifi, after arriving on the main island of Savaii under the requirement for people to return to their home district to call their ballots.

Electoral Commissioner Faimalomatumua Mathew Lemisio defended the system, saying it was to ensure people voted for a candidate to represent where they were from and “not a bunch of town people voting for a rural candidate”.

He described voting as “smooth … for those who made it to the right booths”.

Mataafa has found support from many in the vast Samoan diaspora, but under COVID-enforced travel restrictions the expatriates have not been able to return and Samoan law does not allow overseas voting. 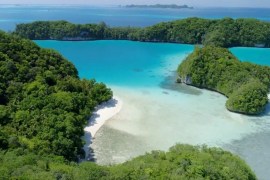 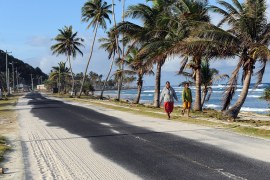 Island nation says a sailor tested positive for coronavirus after returning from Europe via New Zealand. 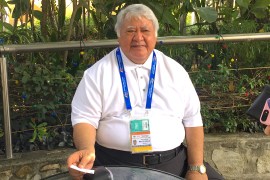 Fierce contest for power as Samoa prepares for general election

US Senate funds Afghans’ relocation to US and Capitol security