One person was killed and four others were hospitalised after a shooting at a cabinet business in Bryan, Texas, on Thursday, police said. In addition, a Texas state trooper is in the hospital after being shot while pursuing the suspect.

Bryan Police Chief Eric Buske told reporters the gunman was apparently an employee of the business where the shooting took place, Kent Moore Cabinets, and that the suspect had been taken into custody.

BREAKING: Bryan Police say a suspect is in custody for the masa shooting at Kent Moore Cabinets. It’s believed he’s an employee of the business. No motive. Unclear if he was alone. pic.twitter.com/sJEIG5XupH

The shooting left one person dead at the scene and four others struck by gunfire, the chief said. A fifth person was taken to the hospital suffering from an apparent asthma attack, according to Buske.

A Texas state trooper was later shot while pursuing the suspect, according to the Texas Department of Public Safety, and remains in serious but stable condition.

A DPS Trooper was shot while pursuing an individual suspected of being involved in the shooting in Bryan. He remains in serious but stable condition. 💙🙏🏼

Grimes County Sheriff Don Sowell said the male suspect was arrested in the tiny town of Iola, about 48 km (30 miles) away from the cabinet plant.

Texas Governor Greg Abbott said in a statement that “the state will assist in any way needed to help prosecute the suspect.”

Bryan Police Lieutenant Jason James said officers from his department responded to reports of a shooting at 2:30pm local time (19:30 GMT) and found “several victims” at the cabinet business.

The Bryan Police Department and local first responders responded to a shooting at 350 Stone City Dr. Officers on scene found several victims. All victims were transported to local hospitals. The suspect is still at large. This is still an active investigation.

Employees of the business were interviewed, James said, and witnesses had identified a suspect.

“At this site, when law enforcement showed up it was already over with,” James said.

The Bureau of Alcohol, Tobacco, Firearms and Explosives has sent agents and dogs to the scene of the shooting, said spokesman Deon Washington. He could not provide more detail on what happened and said “it’s a pretty rapidly evolving situation.”

.@ATFHou is enroute and responding with Special Agents and a K-9. Please direct all inquiries to @BryanPolice https://t.co/5Hu5r3WONu

Police asked people to stay away from the business.

The latest shootings come amid a string of recent mass shootings in the US. On Thursday, authorities said a gunman in South Carolina fatally shot five people, including a prominent doctor, his wife and their two grandchildren before later killing himself.

Last month, a gunman killed 10 people at a supermarket in Boulder Colorado. And on March 17, a gunman opened fire at three massage parlours in Georgia, killing eight people. 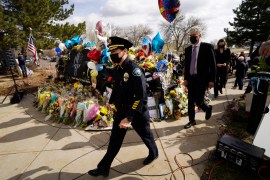 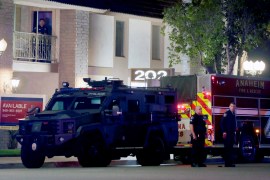 At least four killed in shooting in the US city, police said, adding that the attacker injured and taken to hospital. 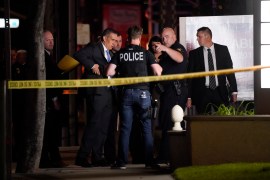 Police say the boy may have died in his mother’s arms; the shooter is hospitalised and apparently knew the victims.