A woman from Afghanistan says she was sexually abused, forced to strip naked, held at knifepoint and threatened with rape by a Croatian officer after crossing into Croatia from Bosnia seeking asylum, according to a new dossier (PDF) compiled by the Danish Refugee Council (DRC).

The woman, whose name is omitted out of respect for privacy, said that she and three others, an elderly man and two children, crossed the border to Croatia near Velika Kladusa, Bosnia on the evening of February 15.

Shortly afterwards, the group was stopped by a Croatian police officer, who continued to point a rifle at them until more officers arrived on the scene.  When the group said they were seeking asylum, an officer “laughed and insulted them while they were asking him to have understanding”, the woman said.

She said she was repeatedly subjected to sexual abuse and forced to strip naked during a search near the border. The officers beat the group of asylum seekers with batons on their backs and legs as they were forced to walk back to Bosnia, she said.

The police said in a statement on Wednesday they were investigating the reported sexual abuse,
The Associated Press news agency reported.

The police said an initial look into allegations collected by the Danish Refugee Council group found no police intervention against any female migrants on February 15, when the incident reportedly took place.

“We are absolutely horrified by such allegations and [that] such behaviour is attributed to a Croatian policeman,” the statement said.

“Just like in all previous instances when Croatian police were accused of violence against migrants, immediate actions were taken to check the allegations.”

A total of 23,853 people have reported pushbacks to Bosnia since May 2019, the report said.

The council documented 547 people being pushed back from Croatia in January and February, with 35 percent experiencing abusive and degrading treatment and 32 percent reporting physical abuse and assault.

A third of respondents said they were denied access to an asylum procedure.

The DRC report noted that pushbacks, violent or not, violate the EU asylum, migration and Schengen acquis, yet they were reported daily at the EU’s external borders.

“The testimonies recorded by DRC are truly shocking,” said Charlotte Slente, secretary-general at the DRC. “Despite the lower number of pushbacks recorded by DRC in 2021 – which can largely be attributed to harsh weather conditions, as happened at the beginning of 2020 – the patterns of reported violence and abuse at the Croatia-BiH border remain unchanged.”

“This underscores, once again, the urgent need for systematic investigations of these reports. Despite the European Commission’s engagement with Croatian authorities in recent months, we have seen virtually no progress, neither on investigations of the actual reports, nor on the development of independent border monitoring mechanisms to prevent violence at the EU’s external borders.

“It really is time to turn rhetoric into reality – and ensure that truly independent border monitoring is put in place to prevent these abuses, and ensure that credible and transparent investigations can effectively hold perpetrators of violence and abuse to account.

“Whether they involve violence or not, pushbacks constitute a violation of international and EU law, and it is long-overdue for EU member states to respect the rule of law in border management.”

Croatia has repeatedly denied allegations that it uses violence to push back migrants and asylum seekers to Bosnia.

On January 11, the Council of Europe Commissioner for Human Rights published observations to the European Court of Human Rights, noting that all information points to an established practice of collective returns, widespread ill-treatment of migrants by Croatian law enforcement officers and a lack of prompt and independent investigations into such treatment, the report said. 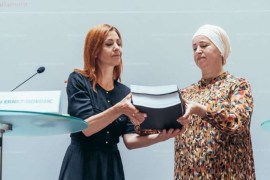 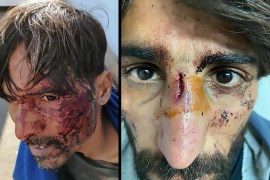 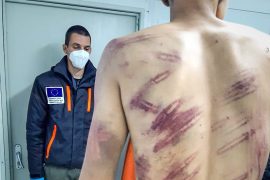 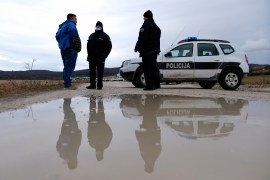 Italian politicians say armed police formed human barrier in attempt to refuse access to area on the border with Bosnia.