Online violence against female journalists has increased “significantly” as a large majority experienced harassment, threats and abuse while doing their jobs, according to UNESCO’s latest findings.

The report commissioned by UNESCO and carried out by the International Center for Journalists surveyed more than 900 female journalists from 125 countries and found that nearly three-quarters of them had experienced online abuse.

The study, published on Friday, also analysed 2.5 million posts on social media directed at two prominent female journalists; Maria Ressa from the Philippines and Carole Cadwalladr in the United Kingdom.

“Online attacks on women journalists appear to be increasing significantly, as this study demonstrates, particularly in the context of the ‘shadow pandemic’ of violence against women during COVID-19,” the report stated (PDF).

A quarter of those surveyed said they had been physically threatened. The report also found there is increasing evidence that online violence against women journalists is correlated with increased violence offline.

“This includes physical attacks and offline abuse and harassment that is seeded online, as well as legal harassment enabled and reinforced by online violence,” it said.

“Unfortunately what we are seeing here is that this is a global phenomenon,” Guilherme Canela, UNESCO’s chief of freedom of expression and the safety of journalists, told Al Jazeera.

The report found that Black, Indigenous, Jewish and Arab female journalists experience the highest rates of online violence and the most severe effects from it.

Al Jazeera’s correspondent Hiba Morgan, who has covered conflicts across Africa, said she regularly experiences online threats and abuse as a result of her reporting and that intimidation can have affect self-esteem.

“They seem to aim to smear you and shake the confidence in yourself and that affects how you interview people, how you listen to their stories and how you portray those stories,” said Morgan.

“I see an increase of sexual violence threats or misogynists’ comments, sometimes it even reaches the level of racial comments where they are saying that because I am an African I don’t know how to report a specific story,” she said.

“And when you get back home and you tend to reflect on those stories wondering if you could have done better,” Morgan added.

The increasing level of online violence is also linked to the rise of viral disinformation, the report found, with dire consequences on reporters’ mental health and freedom of expression.

Almost one-third of the women surveyed said their mental health had been affected following threats, and some reported experiencing post-traumatic stress disorders. A third of female reporters also said that they had decided to censor themselves after those attacks.

“So the consequences for the public sphere can be highly detrimental,” he added. 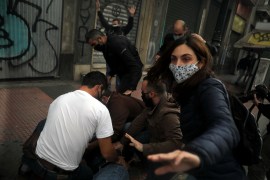 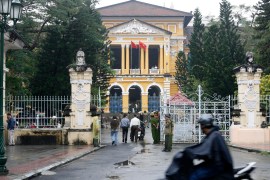 The verdicts are the latest in a continuing crackdown on dissent ahead of a key ruling party meeting this month. 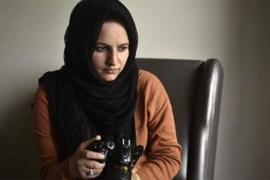