Florida’s legislature late on Thursday passed a bill that makes it harder to access drop boxes and mail-in ballots, making it the latest Republican-led state to push for what activists say is voter suppression.

Democrats say the Republican measures are designed to lessen the impact of Black voters, whose heavy turnout helped propel Biden to victory and delivered Democrats two US Senate victories in Georgia in January.

Georgia Governor Brian Kemp signed into law new voting restrictions in March that restrict access to mail-in ballots and codifies the use of drop boxes. It also expands early voting for most Georgians.

The move has faced blowback from faith leaders and businesses, including boycotts.

Republicans cite former President Donald Trump’s claims that President Joe Biden stole the November election as reasons for the sweeping measures. Judges discredited such claims, made without evidence, in more than 60 lawsuits that failed to overturn the election result.

Chris Sautter, a Democratic consultant who specialises in election law, told Al Jazeera in March that Biden’s election and Democratic victories in the two Senate races in Georgia, “sent shockwaves through conservative and Republican ranks”.

The bill in neighbouring Florida, which is considered a battleground state but tends to vote Republican, includes stricter requirements about drop box staffing and requires voters to apply more frequently for mail-in ballots.

The bill also stipulates a widening of the “no-solicitation” area around polling places and expands the definition of solicitations to include “the giving, or attempting to give, any item to a voter by certain persons”. Rights groups warn that will dissuade activists from handing out water and food to voters standing in long lines in the often sweltering state.

A spokesperson for Republican Governor Ron DeSantis told US broadcaster ABC News he will sign the bill to “ensure that Florida remains a national leader in election security, integrity and transparency”.

Marc Elias, a Democratic lawyer who is representing a coalition of civil rights groups suing Georgia over its voting restrictions, tweeted that the Florida business community should have stood up against the bill.

“These voter suppression laws are targeted at Black, Brown and young voters,” Elias tweeted. “Bill now heads to Governor’s desk. Watch this space for more news once it is signed.”

We know the answer. These voter suppression laws are targeted at Black, Brown and young voters.

The question is whether the business community would actually use its influence to stop these bills rather than offering vague statements of thoughts and prayers for our democracy. https://t.co/qdwvVZ7ZNS

A record 158 million people voted in the November elections, in part thanks to new rules that made voting easier during the COVID-19 pandemic.

Trump, who still exercises power throughout the Republican party with his sought-after political endorsements, was initially thought to be the frontrunner for the next presidential vote in 2024. But Trump’s support is slipping, according to a recent NBC poll.

The poll found only 44 percent of Republicans support him more than the party itself – the first time since July 2019 this has occurred.

DeSantis is already being considered a contender for the 2024 Republican nomination for president, thanks in part to his support of socially conservative measures.

He is also expected to sign a bill banning transgender athletes from competing in women’s and girls’ sports. Signing the voting bill into law will likely further raise DeSantis’s profile on the national stage. 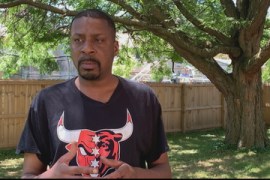 Across the US, The Sentencing Project says about six million convicted felons cannot vote due to various state laws. 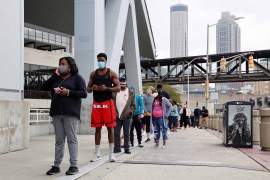 In the US, voter suppression will remain the norm

Do not let the early voting numbers and Biden’s win fool you. 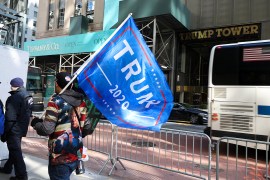 Why are most US states considering restrictions on the ability to register and vote?