Ivan Zhdanov said on social media on Tuesday the court had banned the FBK from posting content on the internet, using state media, organising protests, participating in elections and using bank deposits.

He added, however, that the decision “will not affect” the FBK’s work.

Earlier on Tuesday, the Moscow city court’s press service told reporters a judge had agreed to a “ban on certain activities” for the FBK without clarifying what they were as the case is being heard behind closed doors.

The bans came as the court considers whether to designate the FBK and Navalny’s national network of regional offices as “extremist” organisations, putting them on par with ISIL (ISIS) and al-Qaeda and banning them in Russia. They also followed a ruling on Monday ordering Navalny’s regional offices to stop working while the court decided on the request for the designation.

The court is hearing that case behind closed doors because Russian authorities say it contains classified information.

Navalny’s team on Monday had taken a dim view of the court decision against his regional offices, which support his Smart Voting strategy that directs voters to cast their ballots for candidates best placed to defeat Kremlin-linked opponents.

The FBK called the move a “huge blow” and the offices said they would stop their operations immediately to protect their employees and supporters. They promised however to continue fighting corruption, the ruling United Russia party and Russian President Vladimir Putin “in a personal capacity”.

On Tuesday, the FBK tweeted that it had heard it was “banned again”.

“Yesterday they banned us and they will completely ban us again the day after tomorrow,” the group said. “Therefore we have important information for you to keep in mind at this time.”

Prosecutors this month said they requested the “extremism” label for Navalny’s groups because they were destabilising the country and working to alter “the foundations of the constitutional order”.

If designated as “extremist”, members of the groups could face lengthy prison sentences if they continue working and authorities will gain the legal power to freeze bank accounts, in effect forcing the network to stop campaigning or go underground.

Navalny, Putin’s best known domestic critic, launched the FBK in 2011. The group has since routinely released investigations into alleged graft by officials at all levels of government, often accompanied by YouTube videos.

The 44-year-old was arrested in January after returning to Russia from Germany, where he had spent months recovering from a poisoning attack he blames on the government. The Kremlin denies the allegation.

He is serving two-and-a-half years in a penal colony outside of Moscow for violating parole terms on old fraud charges he and his allies say are politically motivated.

Navalny says that he has been denied adequate medical treatment for severe back pain and numbness in his limbs in prison.

Last week, he ended a 24-day hunger strike after he was examined at a civilian hospital. He has also complained of “torture” through sleep deprivation, saying he is woken up every hour through the night because he is considered a flight risk by the authorities.

His defence team has filed a lawsuit against the penal colony over the classification, and on Tuesday a Moscow court told the Interfax news agency that the team has also sued a detention centre in the Russian capital where he was first held after his arrest.

Authorities have ratcheted up pressure against Navalny’s allies since his return to Russia, with many top aides having left the country or been placed under house arrest. 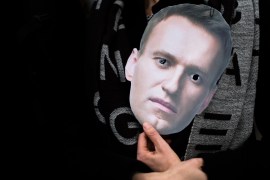 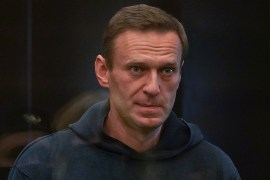 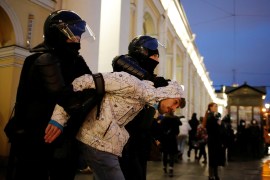 Navalny can still bring tens of thousands onto the streets, but a major anti-Putin uprising remains unlikely.