More than 100 people linked to a pro-Kurdish party have gone on trial in the Turkish capital Ankara for their alleged involvement in violent protests in 2014.

In January, prosecutors charged the 108 defendants with 29 crimes, including the murders of 37 people and “disrupting the unity and integrity of the state”, and are seeking multiple life sentences and thousands of years in prison.

The pro-Kurdish Peoples’ Democratic Party (HDP) says the trial is politically motivated and is the latest in a severe government crackdown against them.

Among the defendants are former HDP leaders charged for allegedly organising and inciting the violence despite not being involved with carrying out violent acts.

On Monday, the trial began in a tense atmosphere with lawyers walking out of the courtroom, protesting the court committee’s refusal to allow in more lawyers and saying this undermined the right of defence.

The defendants said they would not answer the court’s questions without their lawyers.

All the charges relate to the “Kobane protests” that took place on October 6 to 8, 2014, as ISIL (ISIS) was closing in on the Syrian town of Kobane which is right on the border with Turkey.

As ISIL fighters took over the countryside and entered Kobane, Syrian Kurdish fighters fought them in street battles.

Many ethnic Kurds in Turkey were frustrated by what they said was the Turkish government’s inaction to help defeat ISIL, demanding Ankara open the border and allow in help for the People’s Protection Units (YPG).

Ankara regards the YPG as a “terrorist” group linked to the outlawed armed Kurdistan Workers’ Party (PKK) inside its own borders, and has staged multiple incursions into Syria in collaboration with Syrian rebels it backs to push YPG fighters from the Turkish frontier.

The PKK has been fighting against the Turkish state since 1984 and is considered a “terrorist” group by Turkey, the United States and others.

At the time of the fighting in Kobane, Turkey and the PKK’s imprisoned leader were engaged in talks, with HDP politicians’ involvement. 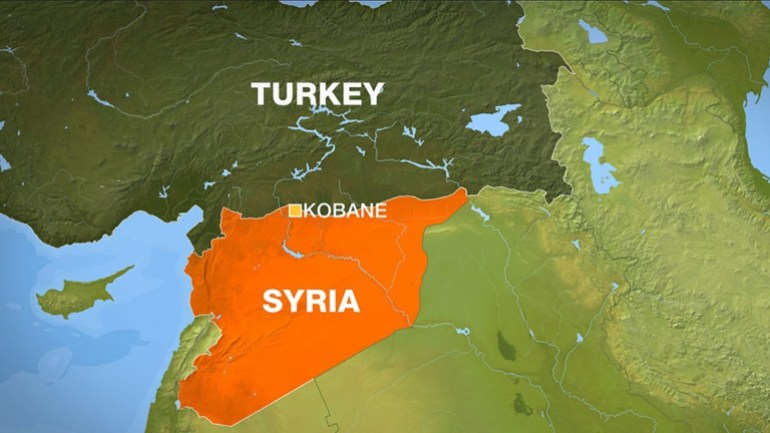 Smaller protests were already taking place but grew after the HDP, on October 6, 2014, tweeted an “urgent call” for people to take to the streets and protest the ISIL attacks and the Turkish government’s “embargo” on Kobane.

The protests turned violent but the HDP maintains their call was peaceful and that provocateurs had caused the disturbances.

The government says the pro-Kurdish politicians were attempting to incite civil war and were taking orders from the PKK, arguing the party is inextricably linked to the PKK.

Turkey’s official Anadolu news agency said 28 of the defendants are in prison, six are being tried without being jailed and the rest, including PKK commanders, are fugitives.

Selahattin Demirtas, who co-led the HDP and twice ran for president, stands accused because of speeches and tweets that allegedly incited violence.

Demirtas has been in prison since November 2016 on multiple charges and remains behind bars despite European Court of Human Rights orders to release him.

Former HDP co-President Figen Yuksekdag has also been in prison since 2016. The two are expected to appear in court via video link.

The HDP, which has seen a widespread crackdown and is facing threats of closure, denies all the charges and says the case “is to pressure and purge the Kurdish and democratic political opposition”.