More than 250 NGOs have urgently called on international governments to increase aid and save more than 34 million people on the brink of starvation this year.

In an open letter addressed to world leaders on Tuesday, groups working to fight against inequality said up to 270 million people are acutely food insecure with millions “teetering on the very edge of famine”.

“The combined impacts of conflict, climate change and inequality, coupled with the COVID-19 crisis, have led to an acute food insecurity situation around the world,” the letter, whose key signatories include Oxfam, Save the Children, and the International Rescue Committee, read.

“Needs already cannot be met, and we are increasingly likely to face multiple famines if we do not respond now,” the letter, which came in conjunction with the UN’s call for action to avert famine, added.

In a joint statement, the aid groups noted that a year on since the UN warned of “famine of biblical proportions”, donors have only funded five percent of this year’s $7.8bn food security appeal.

The statement said that the amount of additional funding called for by the UN’s World Food Programme amounts to $5.5bn, which is equivalent to less than 26 hours of the $1.9 trillion that countries spend per year on the military.

“The richest countries are slashing their food aid even as millions of people go hungry; this is an extraordinary political failure,” Oxfam’s executive director, Gabriela Bucher, said.

“They must urgently reverse these decisions. And we must confront the fundamental drivers of starvation – global hunger is not about lack of food, but a lack of equality.”

‘I thought about suicide’

While at least $5.5bn is needed in urgent food and agricultural assistance to avert the imminent risk of famine, millions more is needed to provide health care, clean water and other essential, basic services, the statement said.

At the end of last year, the UN estimated that 270 million people were either at high risk of, or already facing, severe levels of hunger. Some 174 people in 58 countries have reached that level and are at risk of dying from malnutrition or lack of food, the groups said.

They warned that this figure will likely increase in the coming months if no actions are taken, and noted that conflict is the biggest driver of global hunger.

Key conflicts in Yemen, Afghanistan, South Sudan and Northern Nigeria are forcing millions to the brink of starvation.

Fadya, from Lahj governorate in Yemen, recalled how she considered suicide “several times”.

“When humanitarian workers came to my hut, they thought I had food because smoke was coming from my kitchen. But I was not cooking food for my children – instead I could only give them hot water and herbs, after which they went to sleep hungry,” she said.

“I thought about suicide several times but I did not do it because of my children.”

The open letter further warned that funding alone is not sufficient.

“The situation requires urgent action, at a scale we are simply not seeing. If no urgent action is taken, lives will be lost.”

Countries need to take immediate political action to stop these conflicts from continuing, and need to address rising inequality, the groups said.

“It is imperative that we raise our collective voices to secure the international attention this cause deserves before it is too late,” they said in closing remarks. 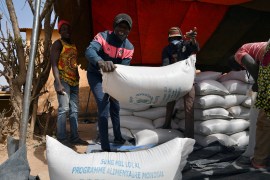 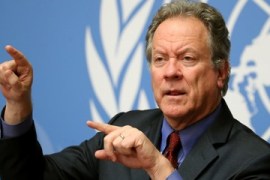 A warning that millions of people in Latin America could go hungry this year, because of COVID-19. 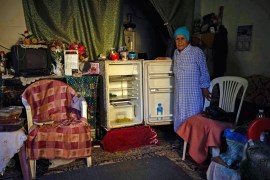 Aid groups are struggling to feed thousands of vulnerable families in Lebanon amid highest food inflation in the world.