Emotions were high on Monday as excited passengers set off on the first flights between Australia and New Zealand as part of a a quarantine-free COVID-19 “travel bubble”, allowing families long separated by the pandemic to reunite.

“(I’ll) yell, scream cry, hug, kiss, (feel) happy – all of these emotions at once,” Denise O’Donoghue, 63, told the AFP news agency at Sydney airport as she prepared to board her flight.

The arrangement means passengers can make the three-hour flight across the Tasman Sea without having to complete a mandatory COVID-19 quarantine when they arrive.

Television footage showed emotional scenes at the airports with families reuniting and dozens of passengers thronging the international departure terminals at Australian airports.

“It is the first time in 400 days that people can travel quarantine-free and we are adding 16 return flights a day to New Zealand, and they are full,” Qantas Chief Executive Alan Joyce told the Australian Broadcasting Corporation on Monday.

Qantas will increase flights between the countries to about 200 each week, while Air New Zealand said it had quadrupled its flights to 30 on Monday, with its airplanes flying into New Zealand at 97 percent capacity.

Australia was New Zealand’s largest source of international tourists before the pandemic, accounting for about 1.5 million arrivals or 40 percent of total visitors in 2019.

The border opening received saturation coverage from media in both countries, with live television reporting from airports providing regular updates on the progress of flights.

On a grass embankment at the foot of Wellington Airport’s runway, the words “WELCOME WHANAU” (family) were spelled out in giant letters.

Lorraine Wratt, a New Zealander stranded by the pandemic while visiting family in Australia, told AFP it was “wonderful” to be able to travel again.

“We’re very excited to be heading back home but we’re gonna miss our family (in Australia) big time,” she said.

More than half a million New Zealand-born people live in Australia, just more than 2 percent of Australia’s population of nearly 26 million.

Australia and New Zealand largely closed their borders to non-citizens and permanent residents more than a year ago, helping to keep their COVID-19 numbers relatively low compared with several other developed countries.

Other international arrivals into both countries must go through a two-week hotel quarantine at their own expense.

Australia has recorded just more than 29,500 virus cases and 910 deaths since the pandemic began, while New Zealand has had about 2,200 confirmed cases and 26 deaths.

Ardern and her Australian counterpart Scott Morrison warned travellers to prepare for disruptions to travel arrangements at short notice in the event of COVID-19 outbreaks, and said the risks of quarantine-free travel would be under “constant review”.

Nevertheless, O’Donoghue said the travel bubble’s opening made her feel the world was returning to some sort of normality.

“I’ll be going back, they’ll be coming over, we’ll just be back to normal,” she said.

“What normal’s going to be from now on I don’t know, but I’m just really, really excited today.” 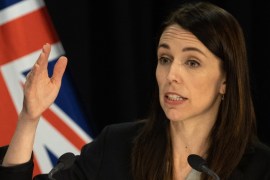 Move comes after New Zealand records 23 new coronavirus cases at its border, of which 17 were from India. 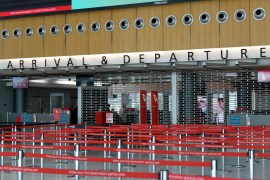 Health authorities say caution is necessary because it is now known whether the vaccines will prevent transmission.