Rights group Amnesty International has accused the Republic of Congo of conducting an “alarming crackdown” on human rights defenders and activists who have spoken out about the economic crisis in the country.

Amnesty said it gathered testimonies from more than 50 people, including patients, trade unionists and members of human rights associations, in its report that documents the devastating effect of the economic crisis and the coronavirus pandemic on the country.

“Human rights defenders, trade unionists, journalists and students have all been targeted with legal proceedings, threats, and ill-treatment” for claiming their economic and social rights, the London-based human rights group said in its report published on Monday.

Congo’s economy, heavily dependent on oil, took a hit in 2014 when crude prices collapsed, leading to mounting debt that rose to more than 100 percent of the gross domestic product (GDP) last year.

With the coronavirus pandemic and drop in oil prices, the economy is expected to grow by less than 1 percent this year, according to the International Monetary Fund (IMF). Oil accounts for nearly 90 percent of the country’s exports revenue.

The torture techniques included beating with belts, truncheons, rifle butts, and electric shocks have been used against activists, the report said.

“I was detained in a house … On 22 October 2020, I was then taken to a cell at the DGST where I could not see the light of day … I was again tortured, punched, and subjected to electricity shock. I could only eat a small piece of bread and drink a glass of water per day,” said a testimony from a student who had demanded the payment of scholarships.

The decline affected the health infrastructure in recent years, the report said, including dire conditions in University Hospital in the capital, Brazzaville, which does not have funds for medicines or water bills.

A relative of a patient told Amnesty that power cuts in Adolphe Sicé General Hospital in Pointe-Noire, in the south of the country, had caused deaths of patients in operating rooms.

“When there is a power cut in the operating room, there is no automatic switch to the generator. Someone must move and turn the generator on. This can take a long time. This time, three people on respirators died. This is common, and the hospital never takes responsibility.”

Many who demanded the right to health have been victims of intimidation or arbitrary detention, the report said.

Samira Daoud, Amnesty International West and Central Africa director, said no action has been taken despite the deteriorating economic and health situation in the country.

“They have instead cracked down on those who have claimed their economic and social rights,” she said.

“The economic crisis has driven to poverty tens of thousands of retirees, hundreds of civil servants and students still waiting to receive pensions, salaries and scholarships.”

On Friday, Congo’s President Denis Sassou Nguesso pledged to reform business and tax laws to help boost economic growth as he was sworn in for another five-year term, extending his 36-year rule over the country. 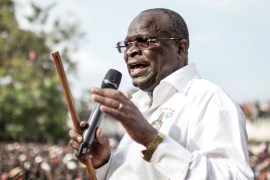 Kolelas died in a medical aircraft that was taking him to France for treatment, his campaign manager said. 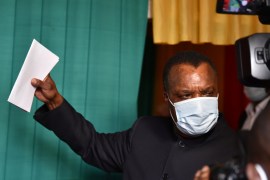 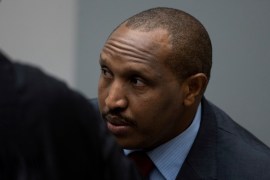 Ntaganda was convicted of murder, rape, using child soldiers and other atrocities when he was a military chief.