At least 41 people have died after their boat sank off Tunisia’s coast as they tried to cross the Mediterranean to reach the Italian island of Lampedusa.

The UN Refugee Agency (UNHCR) and the International Organization for Migration (IOM) said in a joint statement on Friday they are “deeply saddened by reports of a shipwreck off the coast of Sidi Mansour, in southeast Tunisia”.

“The bodies of 41 people, including at least one child, have so far been retrieved,” it said, adding that three survivors have been rescued by the Tunisian National Coast Guard.

“The search effort was still under way on Friday. Based on initial information, all those who perished were from sub-Saharan Africa.”

Mouard Mechri, director of Tunisia’s civil protection service, told Reuters news agency on Friday that “the boat sank during a trip that started late on Thursday from Sfax”.

The Tunisian port city has become a major departure point for people fleeing conflict and poverty in Africa and the Middle East and seeking a better life in Europe.

Last month, 39 migrants and refugees died off the coast of Sfax, while in another similar accident in June last year, at least 60 were killed when a boat sank.

Human smugglers launch vessels, many of them flimsy rubber dinghies or rickety fishing boats, crowded with migrants who hope to reach European shores to seek asylum.

Some are fleeing conflict or persecution, while many of the hundreds of thousands of migrants who have been rescued at sea in recent years are fleeing poverty.

So far this year, sea departures from Tunisia to Europe have more than tripled compared with the same period in 2020, according to the UNHCR and the IOM.

“This tragic loss of life underscores once again the need to enhance and expand state-led search and rescue operations across the Central Mediterranean,” their statement said.

“Solidarity across the region and support to national authorities in their efforts to prevent loss of life and prosecute smugglers and traffickers should be a priority.”

Since 2014, more than 20,000 migrants and refugees have died at sea while trying to reach Europe from Africa.

According to IOM estimates, at least 406 migrants have died in the Mediterranean this year.

Since the start of this year, more than 8,500 migrants and refugees have arrived in Italy with Tunisians being the biggest group, according to data from Italy’s interior minister. 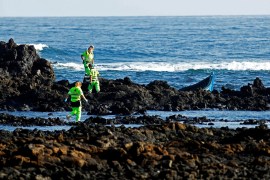 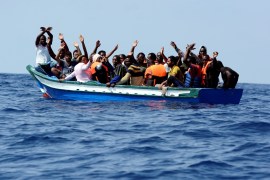 Dozens of migrants dead after boat capsizes off Djibouti: IOM

Top IOM official in the region says the migrants involved in the incident were being transported by people smugglers. 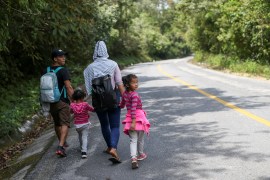