Joe Biden, the president of the United States, has sent an unofficial delegation of former high-level officials to Taiwan in a “personal signal” of support for the democratically governed island, which China claims as its own.

Former Senator Chris Dodd and former Deputy Secretaries of State Richard Armitage and James Steinberg arrived in Taiwan on Wednesday afternoon, and are expected to meet with President Tsai Ing-wen on Thursday.

Xavier Chang, a spokesman for Tsai, said the visit once again demonstrated the firm relationship between Taiwan and the United States.

Taiwan’s 23 million people live with the threat of invasion by China, which has not ruled out the use of force to take control of the island. Beijing has also sought to isolate Taiwan on the world stage and condemns efforts by other countries to maintain contact with the island.

Over the past year, its sabre-rattling has increased considerably with Chinese fighter jets and nuclear-capable bombers breaching Taiwan’s air defence zone on a near-daily basis.

“It is a solemn response to external forces’ interference and provocations by Taiwan independence” forces,” he added.

“The PLA’s military exercises and training operations are sending a signal that our determination to curb Taiwan independence and Taiwan-US collusion is not just talk.”

The US delegation is visiting Taiwan on the 42nd anniversary of the Taiwan Relations Act, which Biden backed when he was a senator.

A White official told the Reuters news agency that the delegation was following “a longstanding bipartisan tradition” and that the visit – by three people known to be close to the president – was “a personal signal” from Biden, who took office in January.

“We are not even three months into the Biden administration and already we’ve seen a clear push to add greater depth and texture to the US-Taiwan relationship,” said Maggie Lewis, a professor at Seton Hall Law school who writes on Taiwan and China issues. “In the long-termed ‘robust unofficial’ relationship, increasing emphasis is being placed on the ‘robust’ part of that phrasing.”

The visit also comes after the State Department said on Friday it was issuing new guidelines to enable US officials to meet more freely with officials from Taiwan.

China responded by warning the US “not to play with fire”.

Taiwan is China’s most sensitive territorial issue and a main bone of contention with Washington, which is required by US law to provide the island with the means to defend itself.

Lev Nachman, a visiting scholar at the National Taiwan University who writes on Taiwanese politics, said Dodd, Armitage and Steinberg’s visit was “not an escalation”.

“There is no bar raising, this isn’t unprecedented, this is normal. It is a strong showing from Biden, but it’s not a radical change in direction or attitude,” he told Al Jazeera. “Biden’s people have made it clear that they are engaging with Taiwan in its own right.”

Nachman said the approach was a departure from the administration of former US President Donald Trump, which appeared at times to engage with Taiwan solely to provoke Beijing, and also used inflammatory phrases such as referring to Taiwan as “free China”.

He also said the parallel visit of US climate envoy John Kerry to China this week showed that the Biden administration was “treating Taiwan like Taiwan and China like China”.

“That to me shows a good growing productive relationship. Biden isn’t just going to increase Taiwan relations just to ‘stick it’ to China but because the actual tangible common goals and beneficial relationship they can have together,” he said.

The White House official, when asked about future official-level contacts with Taiwan after the delegation’s visit, said Washington did not have “specific plans at this time, for particular travel”, but that there will be “engagements and travel consistent with our one-China policy”.

The official said Taiwan and preserving the status quo across the Taiwan Strait would be part of talks with Japanese Prime Minister Yoshihide Suga when he visits Washington for talks with Biden on Friday.

With reporting from Erin Hale in Taipei. 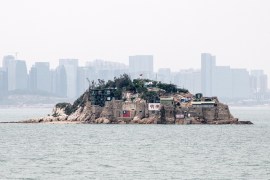 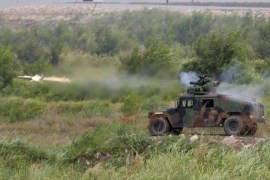 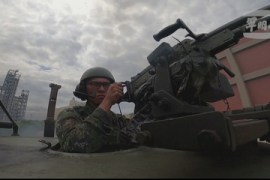 Taiwan has held annual military drills, meant to show off its readiness to defend itself against an attack from mainland China. 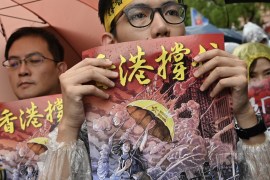