Tens of thousands of people have scrambled to get the last trains, buses and ferries out of Bangladesh’s capital, Dhaka, before a nationwide transport shutdown to halt the spread of coronavirus takes hold.

With new cases and deaths hitting record numbers, Bangladesh’s government has ordered all offices and shops to close for eight days from 6am (00:00 GMT) on Wednesday.

The country will become virtually cut off with all international flights halted and domestic transport curtailed.

Many in the capital of 20 million desperately sought any vehicle to get them back to home villages and towns, with taxi and bus fares quickly rising.

Crowds besieged the main bus stations of the city, despite most inter-city routes having stopped on April 5 after officials imposed fresh restrictions.

“So there is no way we can take them back to their homes,” said bus firm manager Rakib Rahman. “But the microbus, car and motorbike drivers are making a fortune, thanks to this mad rush.”

Hamidur Rahman, a 25-year-old shopping mall worker, was unable to get a minibus from Gabtoli bus station to his home in western Jessore district.

Police also stopped people boarding trucks that were taking some out of the city, fearing the cramped vehicles would easily allow the virus to spread.

Most of the exodus was made up of informal workers in Dhaka stores, offices and markets.

Didarul Alam, a 22-year-old student and part-time primary school tutor said he could not afford to stay in Dhaka.

“The students tell me they don’t need my services. The maid who cooks in our dormitory has left, so I am going too,” he said.

The South Asian nation of 168 million people has recorded 684,756 cases and 9,739 deaths but the number of daily cases has increased seven-fold in a month.

Hospitals across Bangladesh say they are being overwhelmed by new cases and daily deaths have more than doubled. 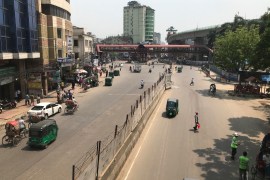 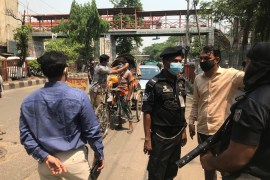 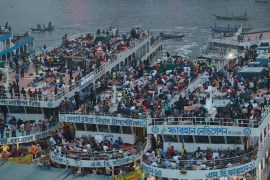 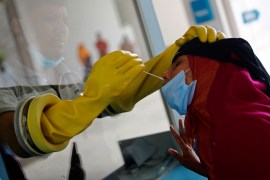