Islamabad, Pakistan – Protests have continued for the second day across Pakistan against the arrest of a far-right Muslim leader who heads a party known for holding mass demonstrations on the issue of perceived “blasphemy”.

Demonstrators blocked roads in several major Pakistani cities on Tuesday, including the country’s largest city of Karachi, the eastern city of Lahore and Rawalpindi.

The scale of the demonstrations had reduced from a day earlier, when they were sparked by the arrest of Tehreek-e-Labbaik Pakistan (TLP) leader Saad Rizvi in Lahore on unspecified charges.

On Monday, authorities had shut down main intercity highways in the central province of Punjab and elsewhere, as demonstrators took to the streets to protest against Rizvi’s arrest.

Clashes between police and protesters were reported from Karachi, Lahore, Faisalabad and several other smaller cities. Police fired tear gas and water cannon in attempts to disperse the protesters, who fought back in some places by throwing stones.

Local media, citing local officials, reported that at least two people had been killed in the overnight violence, but Al Jazeera was unable to independently verify the death toll. Injuries to protesters and police officers were also reported from several cities.

Most highways had reopened on Tuesday, although limited road closures continued to affect the capital Islamabad, Rawalpindi, Lahore and Karachi.

The TLP has held several large-scale demonstrations on the issue of perceived “blasphemy”, a sensitive topic in Pakistan that can elicit widespread anger and can sometimes lead to violence.

Since 1990, at least 78 people have been murdered in connection with blasphemy allegations, according to an Al Jazeera tally.

The latest incident took place on March 24, when a religious scholar from the minority Shia community was axed to death in the central town of Jhang after being accused of blasphemy.

In November, the TLP called off a sit-in protest that had blocked a major highway into the capital Islamabad over the issue of remarks by President Macron that had been considered Islamophobic.

At the time, the Pakistani government signed a deal with the party wherein it promised to consider expelling the French ambassador, banning all French goods from Pakistan and guaranteeing an amnesty to all TLP protesters arrested during those demonstrations.

In February, after no progress was reported on the previous deal, the government inked an extension with the TLP, promising to bring all of the party’s demands before parliament before April 20.

Rizvi’s arrest appears to have taken place to preempt threatened protests if the government refused to expel the French ambassador by the April 20 deadline.

Saad Rizvi is the son of Muslim leader Khadim Hussain Rizvi, the founder of the TLP, who was known for his fiery speeches on the issue of blasphemy.

Since 2011, the elder Rizvi had toured the country, drumming up support among most members of the Sunni Barelvi sect on the issue of “blasphemy”. 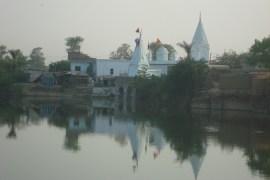 Muslims and Hindus once shared their sacred shrines. This changed post-Partition but some traditions have survived. 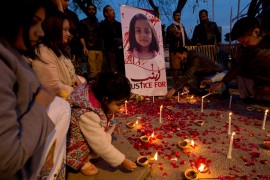 When will there be justice for Pakistan’s victims of child abuse?

Three years after the murder of seven-year-old Zainab Ansari shook Pakistan, little has changed for victims. 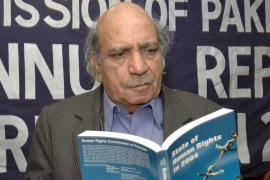