Tehran, Iran – A face hauntingly peering through a mirror surrounded by black. A woman with a skeleton hand protruding from her mouth. A skull with a colourful knife lodged in it.

These are not images you would normally find on display in galleries across Tehran, or anywhere else in Iran.

But a group of artists put together a display of those artworks, alongside others, as part of a private gallery dedicated to paintings done by tattoo artists.

“We wanted this art show to firstly be a wake-up call for local tattoo artists in order for them to focus more on their art, and to remind them that a good tattoo artist needs to have a strong background in art,” said Farshad Mirzaei, the chief organiser of the event.

The 28-year-old, himself a tattoo artist for almost 10 years, told Al Jazeera the event was also aimed at addressing the lingering perception by parts of society that people who have tattoos are not normal, and tattoo artists may be even worse.

“We wanted to show that tattoo artists are not criminals. They’re artists, they’re philanthropists, and they want to advance this industry in Iran just like other countries,” he said, pointing out that the proceeds from the gallery will be donated to charity.

There are no specific laws on tattoos in Iran, so they are not officially considered criminal activity.

A number of prominent Shia marjas – Islamic sources of emulation – have said tattoos are not “haram”, or forbidden, by Islamic law, unless they depict “obscene” imagery.

“Tattooing is not haram and the trace it leaves under the skin does not block the flow of water, so wuzu and ghusl with it are correct,” Supreme Leader Ayatollah Ali Khamenei said in reference to the Islamic practices of washing the body before prayers.

However, tattoos are generally frowned upon by officials who see them as a Western phenomenon, and images of offenders with tattoos have been aired by state broadcasters numerous times.

Having tattoos could also prevent people from obtaining or renewing their driver’s licenses as body marks could be construed as signs of mental health issues.

But despite all the limitations and stigma, tattoos are becoming increasingly popular in Iran, especially among its tens of millions of under-30-year-olds, and more artists are also taking up the ink in response to rising demand.

‘A leap of faith’

Mirzaei operates FLESH, a studio in downtown Tehran where he accepts clients, and where he also sells – online and in-person – tattoo equipment, and items of clothing that feature custom artwork, including calligraphy-based art.

He said tattoo art equipment, including a variety of tattoo guns and inks, are imported into the country as health and beauty products.

But a battered national currency that has been significantly devalued in the past three years due to all-encompassing United States sanctions and local mismanagement, means artists effectively spend money on equipment in dollars but earn their pay in rials.

Partly for this reason, Mirzaei said he still does not receive full support, even from his family, despite having passionately dedicated years of his life to this craft.

“My father still sometimes asks me, ‘Don’t you want to find a job?’ They still don’t hold the view that tattoo art can be a job, something you can dedicate your life to,” he said.

“So those who do it take a leap of faith. But, fortunately, we’ve had some successful artists and we’ve seen that it is possible to have good achievements.”

Mirzaei said there are many talented Iranian tattoo artists who should be supported locally and have the opportunity to participate in international tattoo conventions and make a name for themselves.

That, he said, can be done within the framework and red lines of an Islamic society.

“Why should all these talents waste away? Why shouldn’t they be seen the way they deserve to be seen?” he said.

‘It could be dangerous’

In absence of formal recognition, and due to risks associated with an activity that could be considered illicit by authorities, some artists choose to move to other countries.

Some go to neighbouring countries such as Turkey that offer a more hospitable working environment, and also traditionally attract a large number of tourists who could boost business.

Twenty-year-old Ava Azad wants to make a career out of tattoo art. She started two years ago, first through the help of a friend and then through self-teaching.

She told Al Jazeera she is planning to move to Germany soon to advance her tattoo work and art studies after initially pursuing theatre acting and set design.

“There are a lot of restrictions here. Especially for me as a girl, it could also be dangerous,” she said.

Azad said she has been fortunate to not have anything bad happen to her, but her friends have found themselves in dangerous situations before, so she is afraid even though her family supports her work and she accepts clients at home.

“I even don’t accept a lot of the clients because of this. The stress of it has really gotten to me,” Azad said.

“For instance, some of the clients come to my house and first I go down to watch them from a distance to make sure it’s not the police or someone who is just pretending to be a client.”

That fear extends to social media and all promotion of her work as she is also worried that being seen too much could bring unwarranted attention.

Nevertheless, she supports the gallery – where she also displayed a few of her artworks – and similar efforts that artists hope could legitimise their craft as a valid industry in Iran.

“I think this is a really positive thing and I hope there will be more like this because we haven’t really had displays like this in Iran specifically dedicated to tattoo art,” she said. 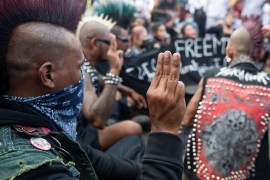 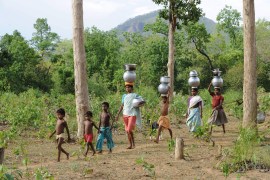 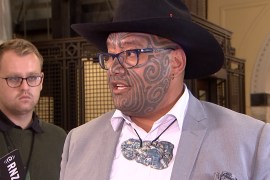 Parliament backs down a day after ejecting a Maori lawmaker over his refusal to don a tie at a plenary session. 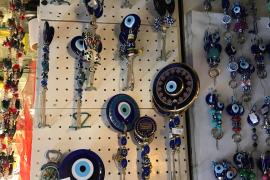