About 50 women’s organisations in Egypt have published a statement laying out basic principles regarding women’s legal rights amid growing controversy over a proposed bill to amend the country’s personal status law.

The statement, which was also signed by more than 100 individuals, came in response to local media reports that the Egyptian parliament will discuss a bill aimed at changing women’s rights and responsibilities around divorce and marriage.

The signatories agreed that five basic principles must be protected, including that any amendment must rely on the Egyptian constitution and human rights principles at its core.

It also called on lawmakers to ensure the law regarded women as having full legal capacity, thereby giving them equal rights and duties within family law as men.

Finally, it called for ensuring the protection of children’s rights and interests as a legal obligation and priority in case of family conflicts.

The Egyptian Centre for Women’s Rights (ECWR), which signed the statement, said in a press release last month it rejected the articles of the draft law because they were unjust and regressive in their approach to personal status issues.

It remains unclear if the reported bill was received by parliament.

“We completely reject this shocking draft law. It takes us back 200 years,” said Nehad Aboul Komsan, chairwoman of ECWR, in a video statement last week.

“In Egypt, we have female ministers in all fields. These women can sign contracts on behalf of the state worth millions of dollars, but under this law, they wouldn’t even have the right to contract their own marriages unless they were previously married,” said Aboul Komsan, who is also a lawyer.

“And if they did, a male guardian can file a legal request to annul the marriage contract if he so wishes,” she added.

The bill was presented to parliament last year, sparking wide debate and controversy among members of parliament and the public.

Unable to reach a consensus, parliamentarians agreed in September last year that any further debate would be postponed.

Although the public debate around the topic has since died down, recent media reports sparked a new controversy over the nature of the amendments.

While some women’s organisations said a few of the proposed articles might bring positive changes, they believe most are regressive and unfair to women when it comes to marriage, divorce and guardianship over children.

The main articles that have been welcomed by rights groups include amendments that reportedly call for imposing a hefty fine and up to a year in prison on a man if he marries more than one wife at a time, and does so without notifying his first wife.

A fine and jail time could also be imposed on any official who authorises such a marriage.

While human rights advocates welcomed this change, they said it diverted attention from other more controversial aspects of the bill.

Among them is an article that reportedly allows a woman’s male guardian to file a lawsuit requesting the annulment of a marriage within the first year if he deems the two parties incompatible, or if the dowry was unsatisfactory.

The proposed law also reportedly stipulates that a single mother who has guardianship over her children from a previous marriage must receive written permission from her ex-husband if she wishes to travel.

She must also seek similar authorisation from the children’s father with regards to any legal decisions concerning her children. The law does not stipulate similar restrictions on men.

Rights activists have called for the amendment of the bill, saying it fails to recognise women’s full legal capacity, her right to choose her own spouse, and diminishes her agency and rights.

Rights activists are also calling for the amendment of child custody laws to enable a woman who remarries after her divorce to maintain custody over her children from a previous marriage.

Currently, Egyptian law stipulates that if a woman remarries, custody of her children from a previous marriage is transferred to the children’s father or grandmother. 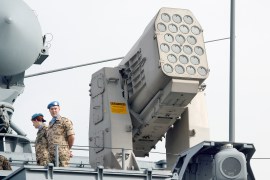 US sells $200m in weapons to Egypt despite human rights abuses

The $197m sale of Raytheon’s Rolling Airframe Missiles was requested by the Egyptian navy to improve coastal defences. 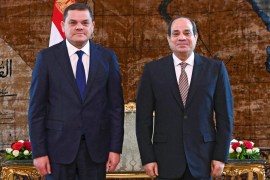 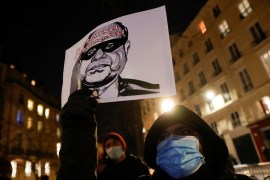 Rights advocates and lawmakers are urging US President Joe Biden to pressure Egypt to improve its rights record.