India, the world’s biggest vaccine producer, has said it would prioritise its domestic rollout of coronavirus shots as it battles against a surging second wave of the virus.

“In the coming weeks and months … obviously there will be a demand spike and obviously people are preparing for it,” India’s Foreign Minister Subrahmanyam Jaishankar said on Friday at the Times Network’s India Economic Enclave.

“In many cases, we have told our international partners that … COVID rates are going up in India, we are expanding our own vaccination ambit, so we are sure you will understand that at this time we have to purpose it much more focused at where we are,” he added.

Jaishankar’s remarks came a day after Gavi, the UN-backed international vaccine alliance, said in a statement that the Serum Institute of India (SII), the world’s biggest vaccine manufacturer, was going to delay deliveries of the AstraZeneca vaccine in order to respond to domestic demands.

The AstraZeneca vaccine produced by the SII is key to developing countries as it represents the core of vaccines destined to COVAX – an international platform designed to deliver two billion vaccines to poorer countries at no cost.

The Gavi alliance said in a statement that the COVAX vaccine-sharing facility had notified all affected economies of potential delays of exports by the SII. It also said that SII “has pledged that, alongside supplying India, it will prioritise the COVAX multilateral solution for equitable distribution”.

The news caused some alarm, with the director of the Africa Centres for Disease Control, a continent-wide disease-fighting body, saying on Thursday: “As a continent, I truly feel helpless.”

India is diverting more supplies from SII to inoculations at home. Its other vaccine maker, Bharat Biotech, is struggling to boost output.

Everyone above 45 in India is eligible for vaccination from April 1 and the government is considering including more people after new infections nearly quadrupled this month.

“The government is already planning to widen the umbrella of COVID-19 vaccine beneficiaries in the near future to cover other sections of our population,” Health Minister Harsh Vardhan told a virtual summit organised by the Economic Times newspaper.

India has injected 55 million vaccine doses, the third-highest figure after the US and Brazil, although much lower as a proportion of its population of 1.35 billion, the website Our World in Data showed.

The western state of Maharashtra, hardest hit by a resurgence in cases, has warned of vaccine shortages and imposed lockdowns in some towns.

Authorities have also warned of a strict lockdown in Pune district, which on Thursday reported a record 6,427 new cases, the highest in the country.

“If the current surge in coronavirus cases remains there for the next few days, there will be no option but to impose a strict lockdown in Pune from April 2,” Maharashtra’s deputy chief minister, Ajit Pawar, told a news conference.

As beds run short in hospitals in the state, authorities said a fire in one hospital near Mumbai killed 10 patients, most of them COVID-19 sufferers. 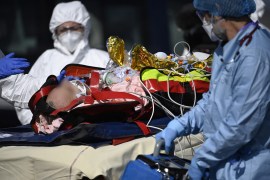 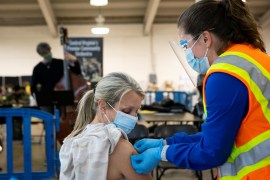 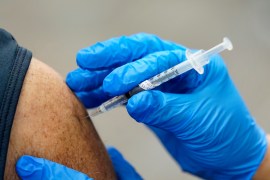 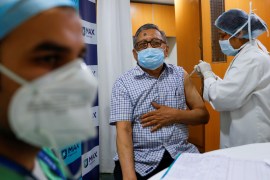