Results from a new US trial of AstraZeneca’s COVID vaccine may have used “outdated information”, US federal health officials have said, in a jolt to the company that has faced scrutiny over safety concerns.

In a statement on Tuesday, the National Institute of Allergy and Infectious Diseases (NIAID) said it had been informed by the Data and Safety Monitoring Board (DSMB) of concerns that AstraZeneca “may have provided an incomplete view of the efficacy data”.

“We urge the company to work with the DSMB to review the efficacy data and ensure the most accurate, up-to-date efficacy data be made public as quickly as possible,” the NIAID said.

Soon after, top US infectious disease expert Anthony Fauci told ABC News “Good Morning America” programme that the DSMB “got concerned” that the data in AstraZeneca’s public statement “were somewhat outdated and might in fact be misleading a bit”.

AstraZeneca has since responded, saying the data published on Monday was based on an interim analysis with a cut off date of February 17.

The company said its preliminary assessment of its “primary analysis” was “consistent with the interim analysis”, but that it intends to release overall results of the primary analysis within 48 hours.

“We will immediately engage with the independent data safety monitoring board (DSMB) to share our primary analysis with the most up to date efficacy data,” the company said.

The back and forth comes shortly after AstraZeneca reported on Monday that its COVID vaccine provided strong protection among adults of all ages in a long-anticipated US study. The finding was expected to rebuild public confidence in the shot around the world and move it a step closer to approval in the US.

In the study of 30,000 people, the vaccine was 79-percent effective at preventing symptomatic cases of COVID-19, including in older adults. Previous studies had raised questions about the efficacy of the inoculant for the elderly.

There were no severe illnesses or hospitalisations among vaccinated volunteers, compared with five such cases in participants who received dummy shots – a small number, but consistent with findings from Britain and other countries that the vaccine protects against the worst of the disease.

AstraZeneca also said the study’s independent safety monitors found no serious side effects, including no increased risk of rare blood clots, concerns over which briefly prompted numerous countries, mostly in Europe, to suspend the vaccine’s use last week.

The company aims to file an application with the US Food and Drug Administration (FDA) in the coming weeks, and the government’s outside advisers will publicly debate the evidence before the agency makes a decision.

Authorisation and guidelines for use of the vaccine in the US will be determined by the Food and Drug Administration and the Centers for Disease Control and Prevention after a thorough review of the data by independent advisory committees.

The NIAID statement did not provide further details on its concerns but comes as Washington has faced increased pressure to share AstraZeneca vaccines produced domestically before the approval has gone through.

Last week, the White House said the US has seven million “releasable doses” of the vaccine as part of its order of 300 million doses. It also announced plans to “loan” three million doses to Mexico and Canada. 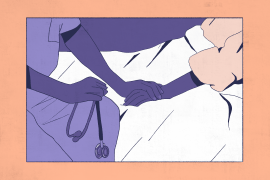 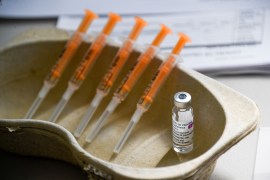 The data paves the way for the company to apply for US approval for its COVID vaccine, which has EU approval. 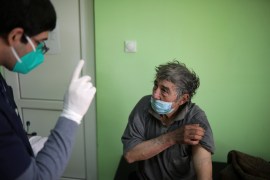