A senior Mumbai police officer has filed a complaint in the Supreme Court, accusing a state government minister of corruption, the latest development in a bizarre case that has transfixed the media for weeks.

“Each sordid revelation … has chipped away at public confidence in the functioning of a vital arm of government in the country’s financial capital,” said an editorial in the Indian Express, one of the country’s leading English-language newspapers, on Monday.

Param Bir Singh, the former head of police in Mumbai, filed a petition seeking an “unbiased, uninfluenced, impartial and fair investigation” into corruption allegations against Anil Deshmukh, the interior minister of Maharashtra state that is home to the city.

With claims of corruption, a suspicious death and a bomb threat against India’s richest man, the case has the hallmarks of a thriller made by the country’s Bollywood film industry, dominating TV networks and newspaper front pages and trending on social media for almost a month.

On February 25, a car laden with explosives was found near the Mumbai home of Mukesh Ambani, who heads Reliance Industries and is India’s richest man.

The purported owner of the vehicle was later found dead, with police treating his death as suspicious.

Sachin Vaze, a senior Mumbai police officer, was arrested on March 13 by India’s federal National Investigation Agency (NIA) in connection with the bomb threat. He denies any wrongdoing.

In a statement, Reliance said it was confident police in Mumbai “will complete their thorough investigation quickly”.

Last week, Singh was transferred from his role as Mumbai’s police commissioner for his handling of the case.

In Monday’s petition, Singh said his transfer was illegal, and that Deshmukh interfered in police investigations and worked with Vaze and other officers to extort money from local businesses.

Deshmukh denied the allegations, saying that purported meetings with Vaze last month were impossible as he was in hospital with COVID-19 and then in quarantine.

The case is an additional headache for the opposition-led government in Maharashtra that is already battling a surge in COVID-19 cases.

India’s ruling Bharatiya Janata Party (BJP) has repeatedly called for the resignation of Maharashtra Chief Minister Uddhav Thackeray, who turned against the BJP after a power-sharing agreement collapsed. 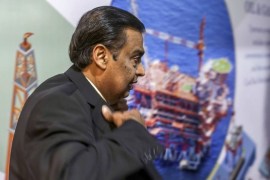 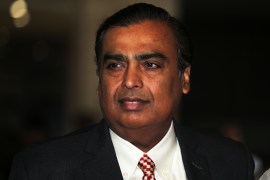 Mukesh Ambani, the billionaire owner of Reliance Industries, plans to build a 280-acre zoo with more than 100 species. 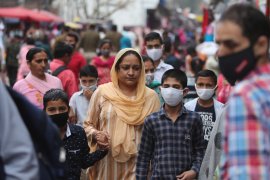 India reports 46,951 cases, the highest single-day rise since November, and 212 deaths, the most since early January. 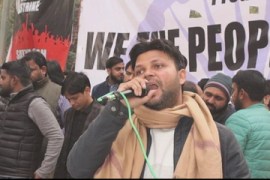 Dozens of people were arrested during protests against a controversial Citizenship Amendment Act enacted in December.